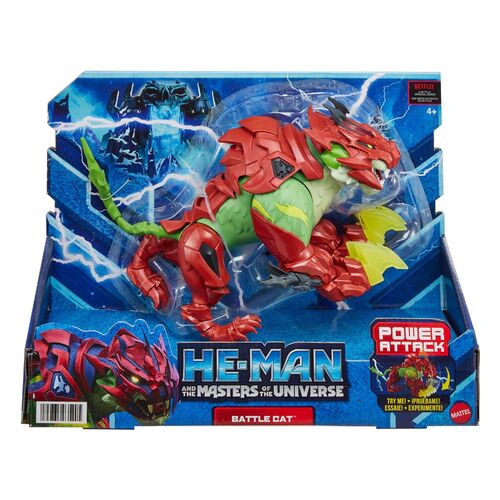 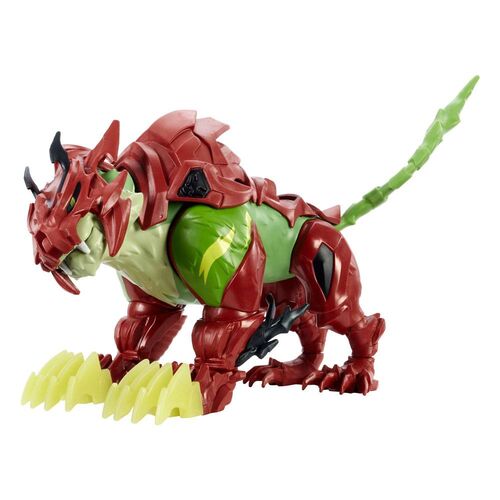 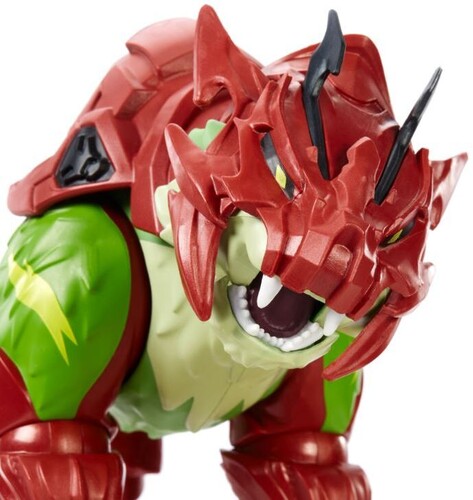 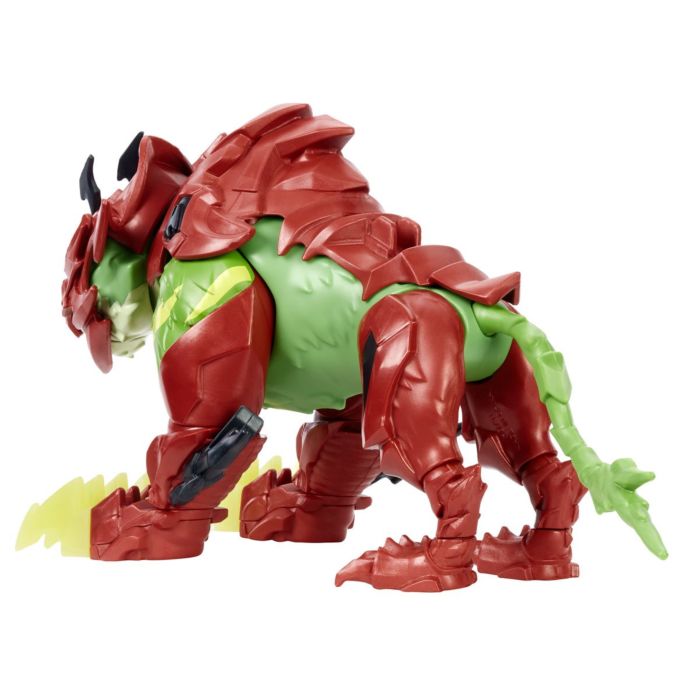 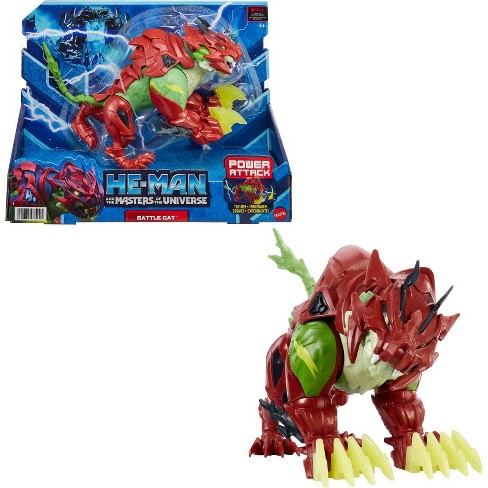 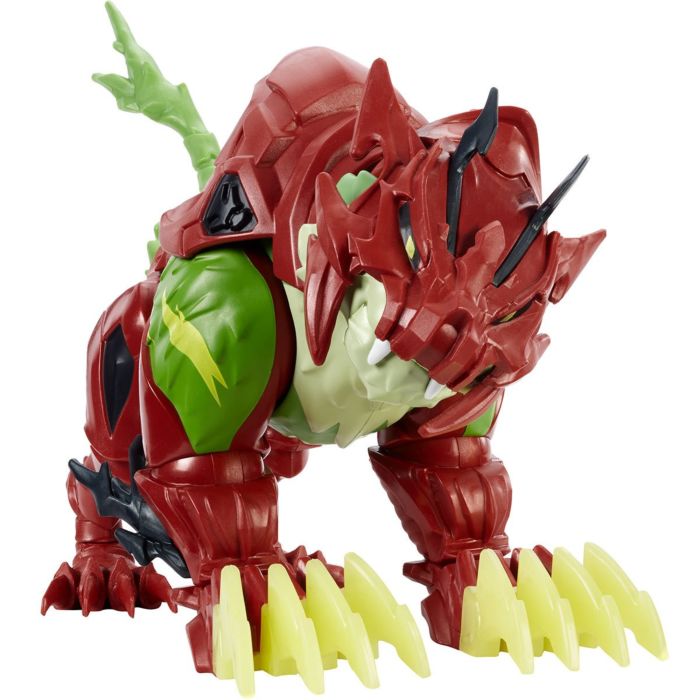 A wise and capable mentor to Adam and the other Masters, Cringer prefers to avoid conflict where possible. When imbued with the power of Grayskull, he transforms into the mighty Battle Cat! Heavily armoured and brimming with a warrior’s spirit, the evil forces of Eternia tremble before him.

Recreated in a 5.5-inch scale, the Battle Cat Power Attack Action Figure from Mattel showcases the raw power of this iconic character.

Fully articulated while clad in his battle-armour, the spring-loaded Power Attack function will allow you to take the fight directly to Skeletor’s minions!