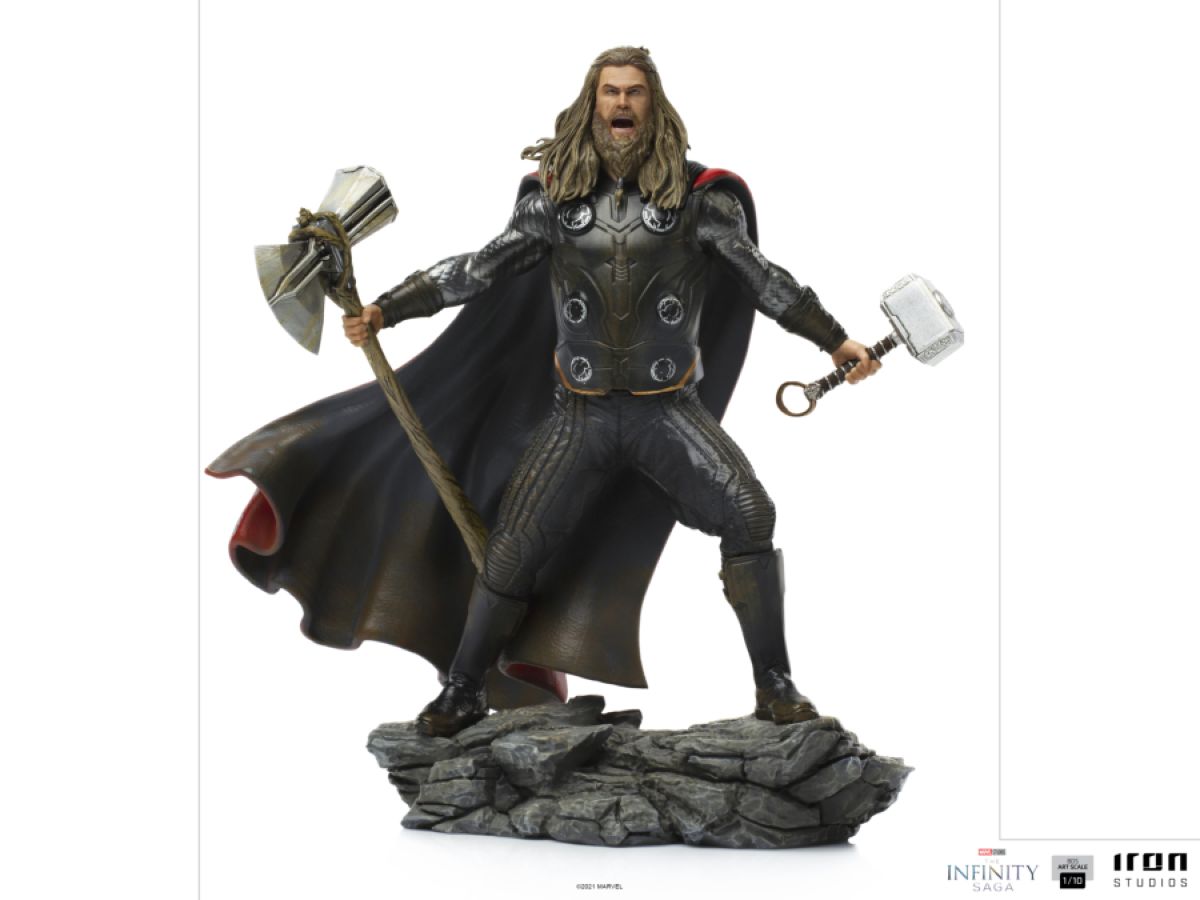 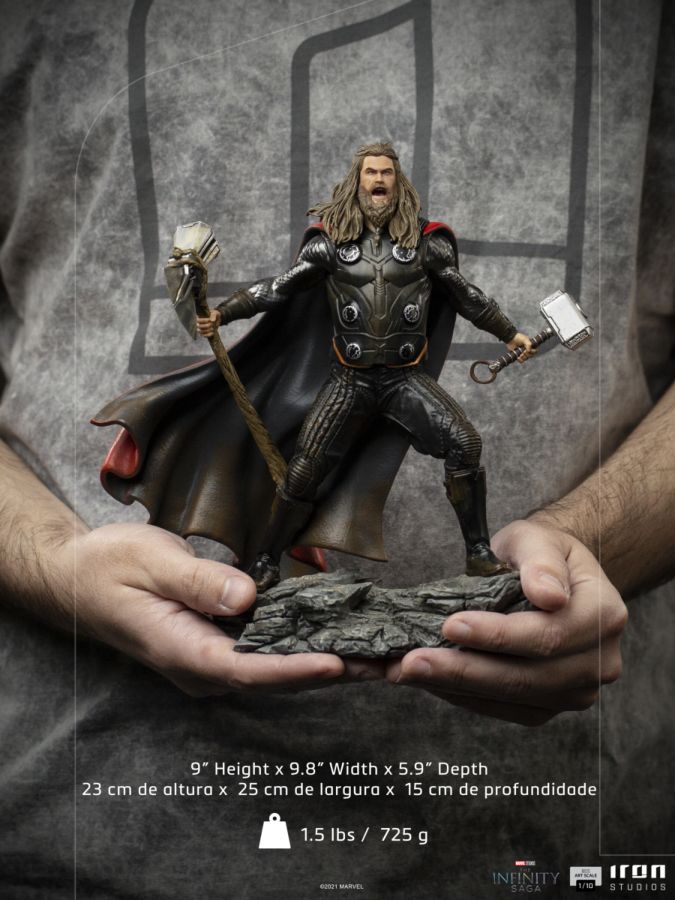 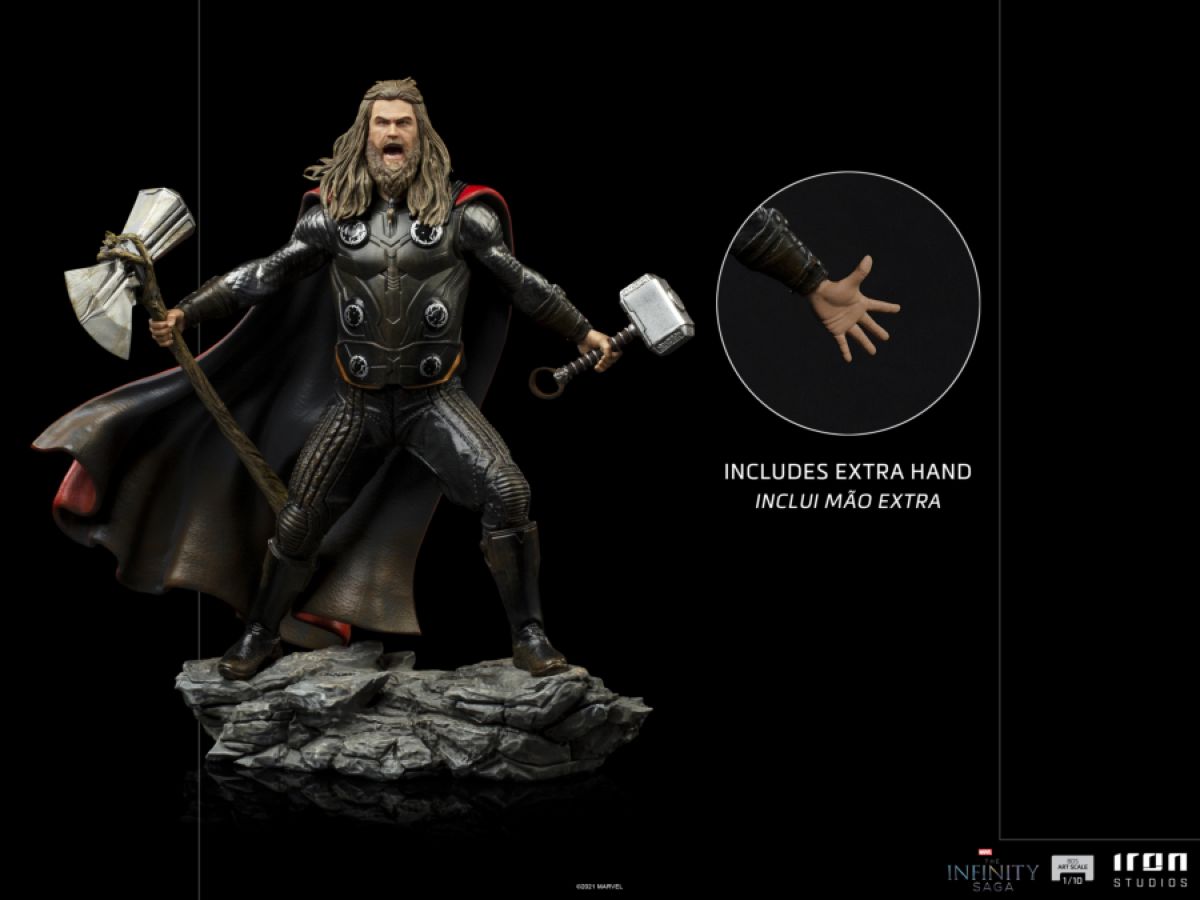 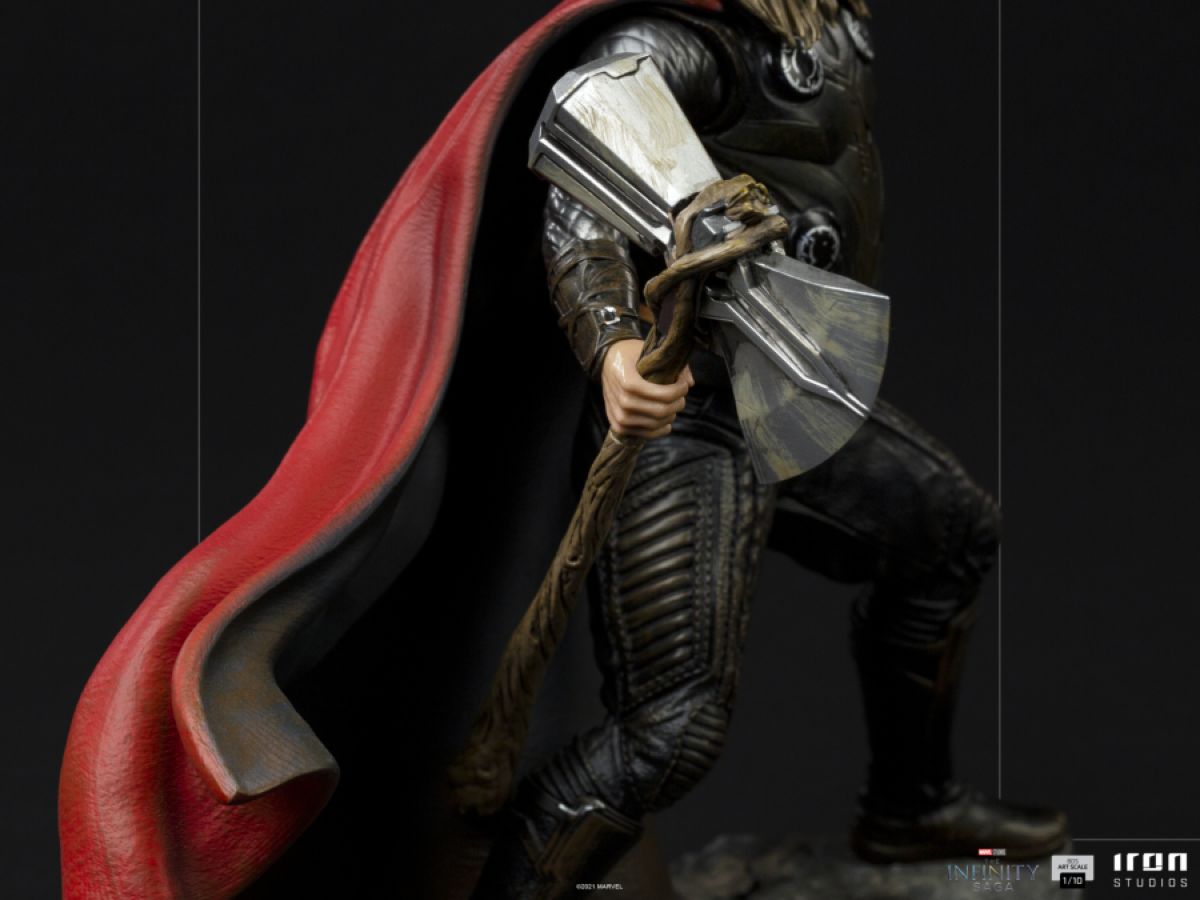 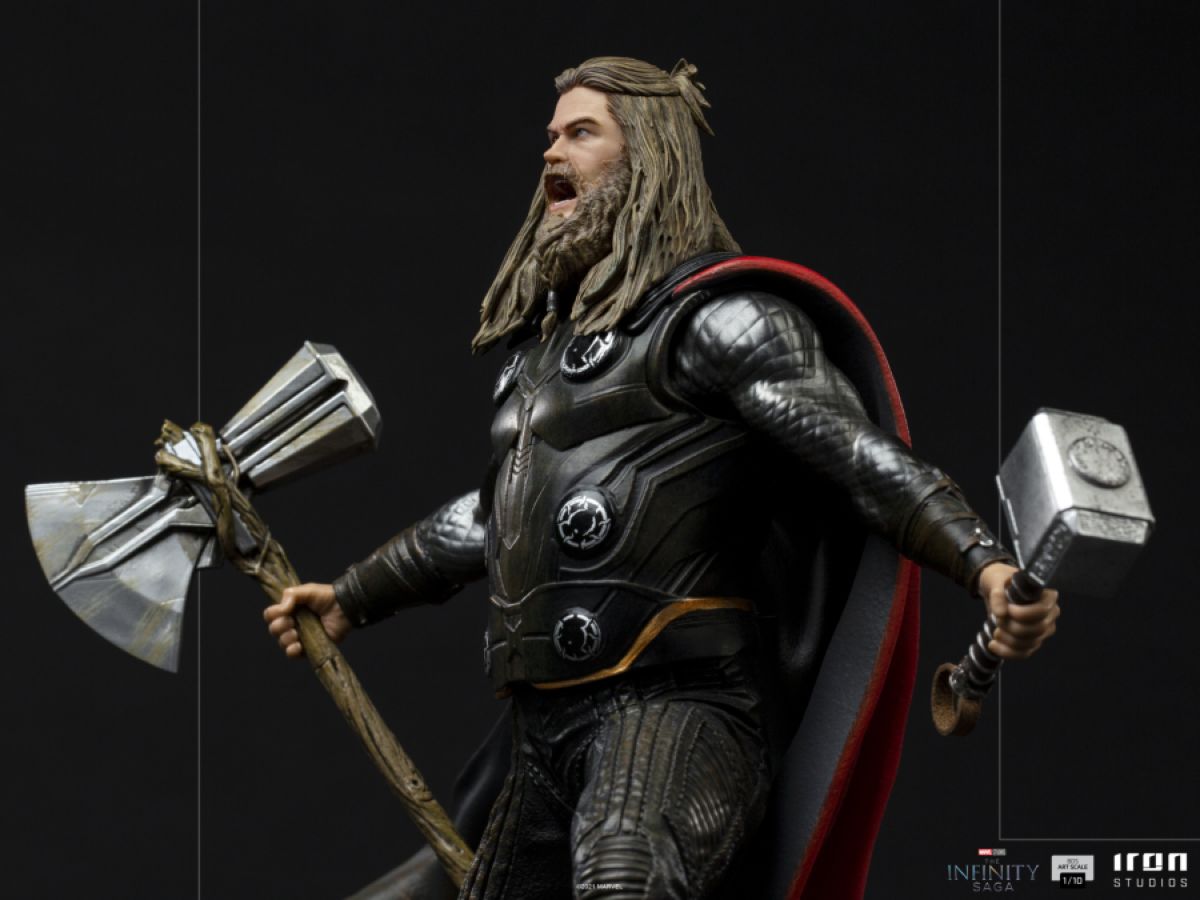 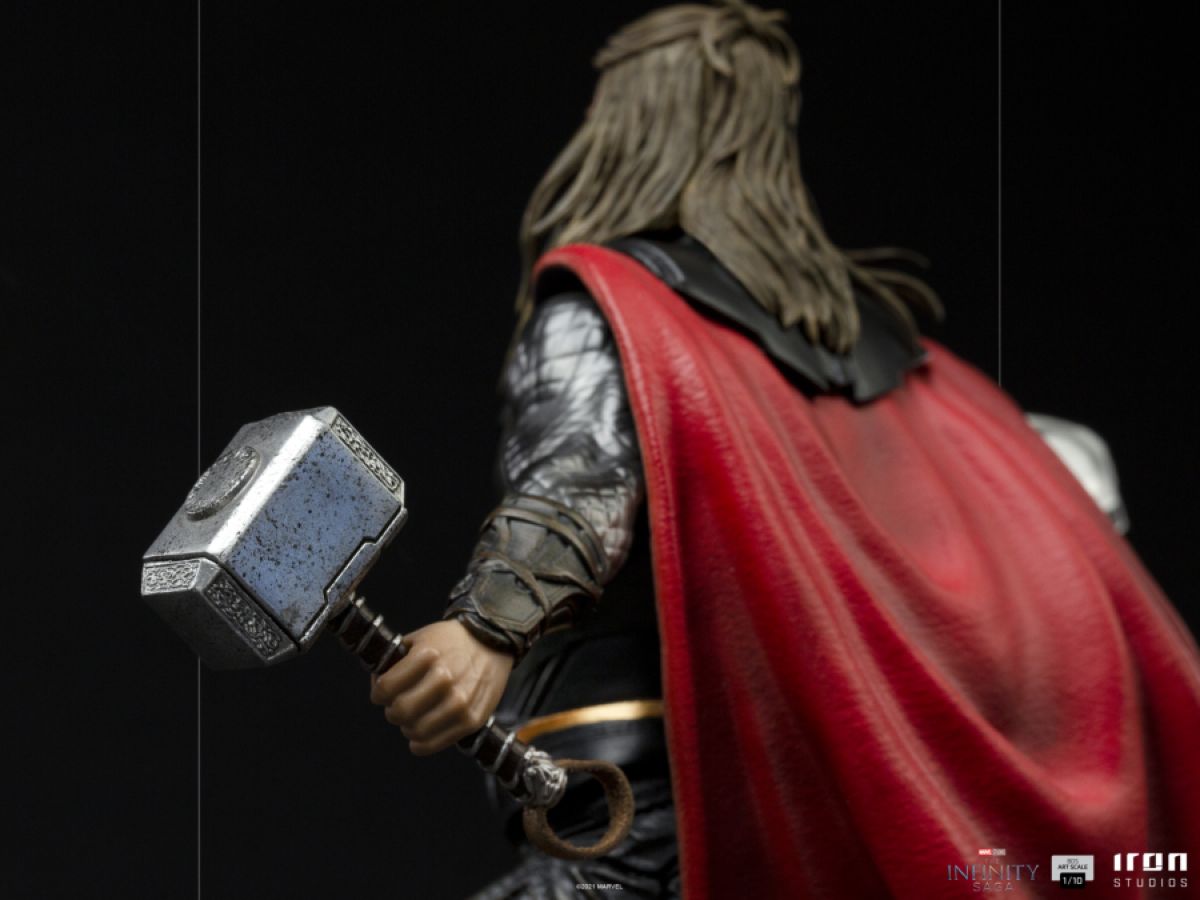 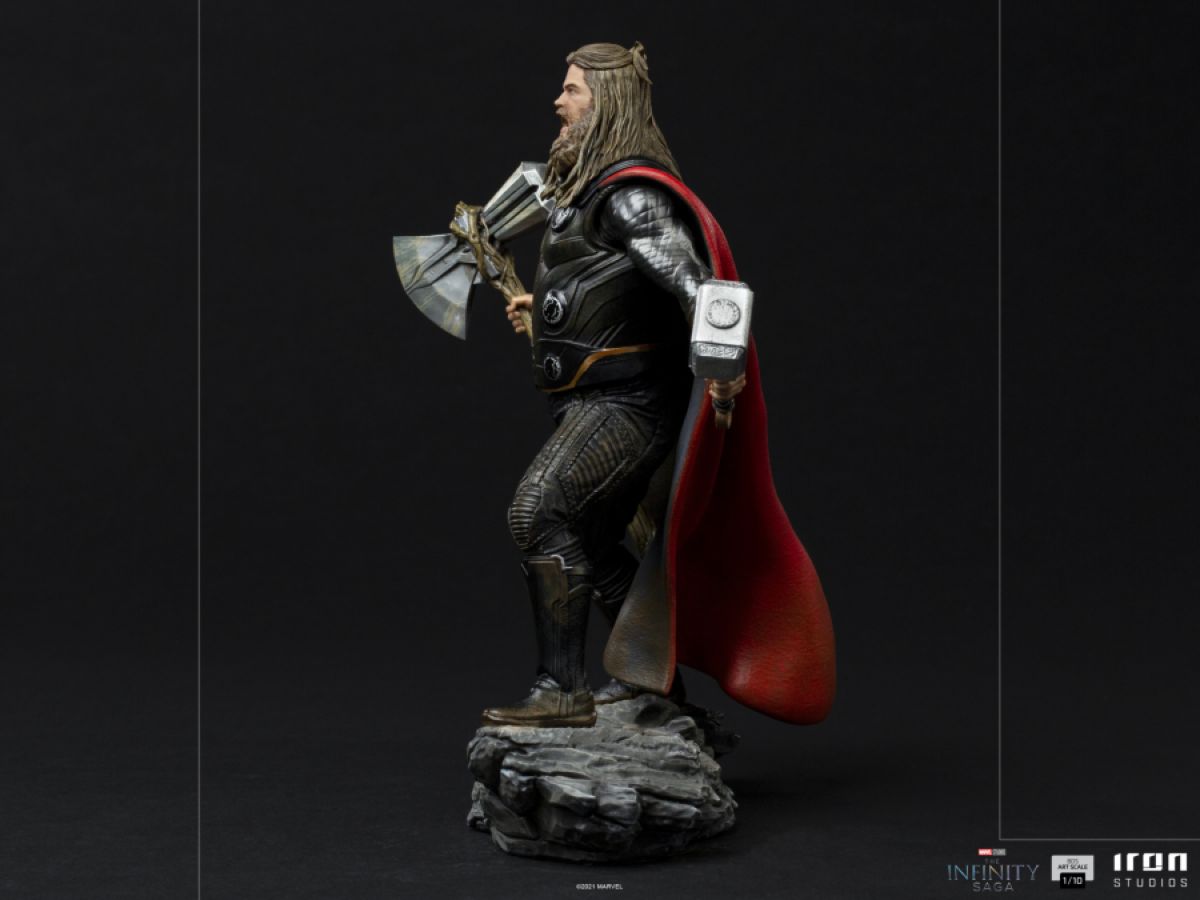 Based on original movie references from the epic final battle for the fate of the universe in Avengers: Endgame, the Thor Ultimate 1/10th Scale Statue depicts the God of Thunder channelling his Asgardian powers with a ferocious roar as he readies to charge into battle with Stormbreaker and Mjolnir in hand to slay his enemies.

The hand-painted polystone statue stands approximately 9” tall on a rocky themed base to recreate the battlefield on which Earth’s greatest heroes stood against the invading forces, and features authentic details to accurately capture Chris Hemsworth as the mighty God of Thunder. Thor also comes with an interchangeable left hand to swap between an open hand and wielding Mjolnir.

Recreate the monumental battle with the limited edition Thor Ultimate 1/10th Scale Statue in your collection, and assemble alongside Captain America and Iron Man for the ultimate display.