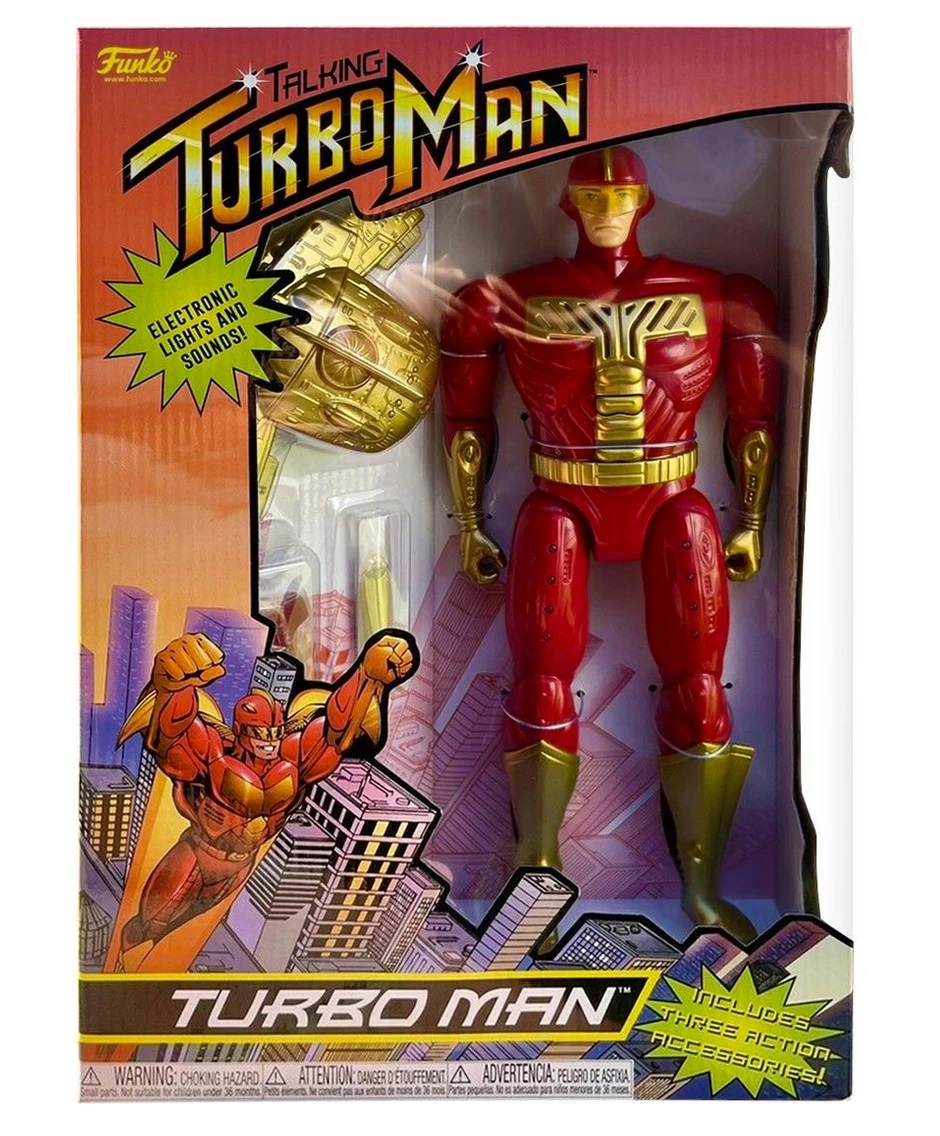 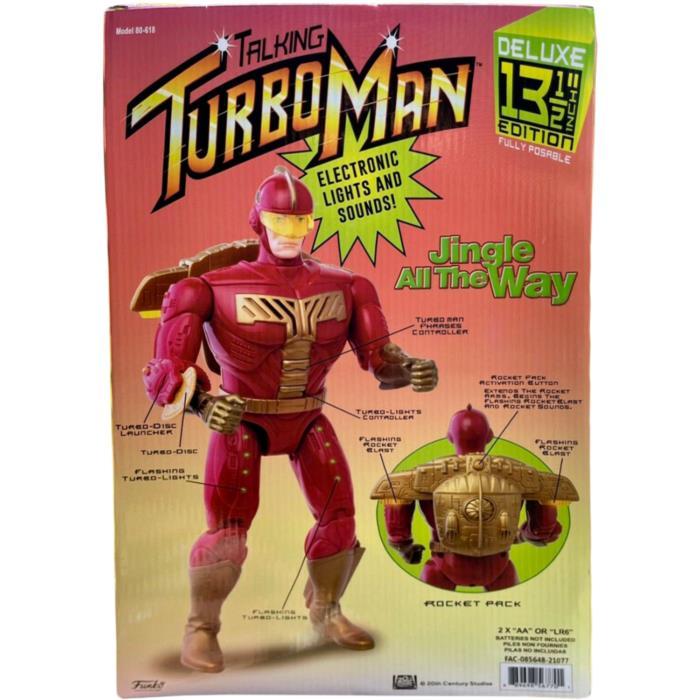 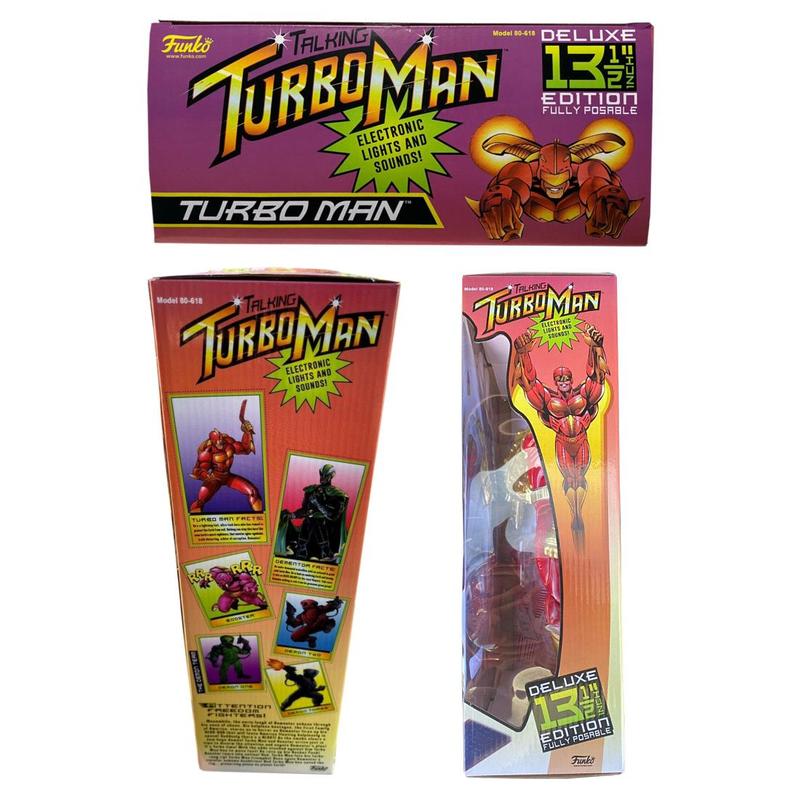 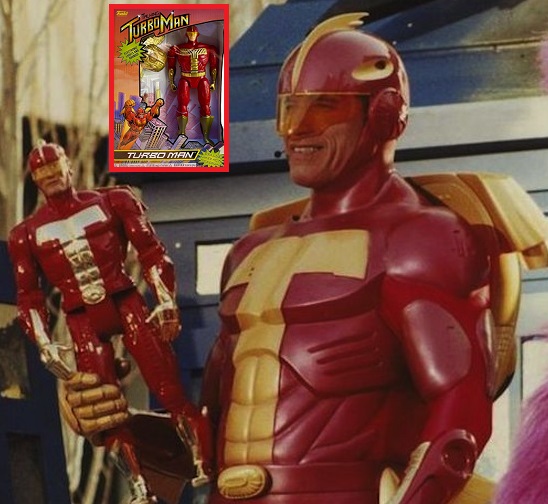 Celebrate the 25th anniversary of Jingle All The Way in style with your very own Turbo Man!

It’s 1996, you’ve just watched the now beloved holiday classic Jingle All The Way starring Arnold Schwarzenegger, and now you’re pestering your parents to buy you a Turbo Man action figure for Christmas. Only problem being, they’re near-impossible to find.

It was literally life-imitating art, with these figures nowhere to be seen on store shelves in 1996. Well, 25 years later, our 90s prayers have been answered, because our dear friends at Funko have just released their incredible Turbo Man 13.5” Talking Action Figure!

Turbo Man comes with three action accessories including his Rocket Pack, Turborang and Turbo Discs, which can even be fired at enemies with the Turbo Disc Launcher!

Push the Turbo Man Phrases Controller to hear Turbo Man say famous lines from the film including
“It’s Turbotime!’, “Good Work Booster”, “Beware of Evildoers”, “You Can Always Count On Me!"

Push the Rocket Pack Activation Button and marvel as it extends the Rocket Arms, begins the Flashing Rocket Blast and Rocket Sounds.

Standing close to 35cm tall and featuring Electronic Lights and Sounds, this fully-poseable replica action figure is going to be one of the hottest Christmas presents of 2021.

Without a doubt, this Turbo Man is the stuff every 90s kid’s dreams are made of.