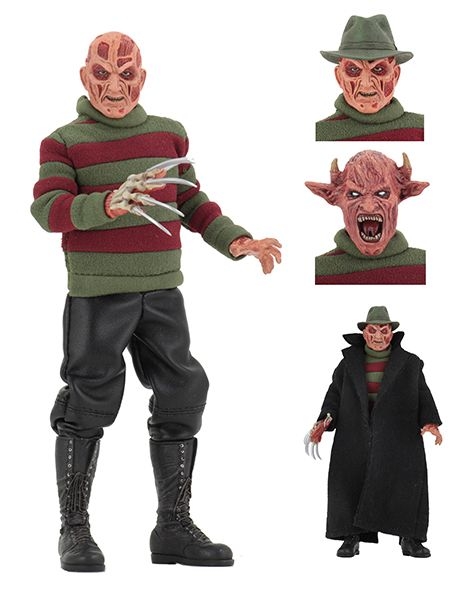 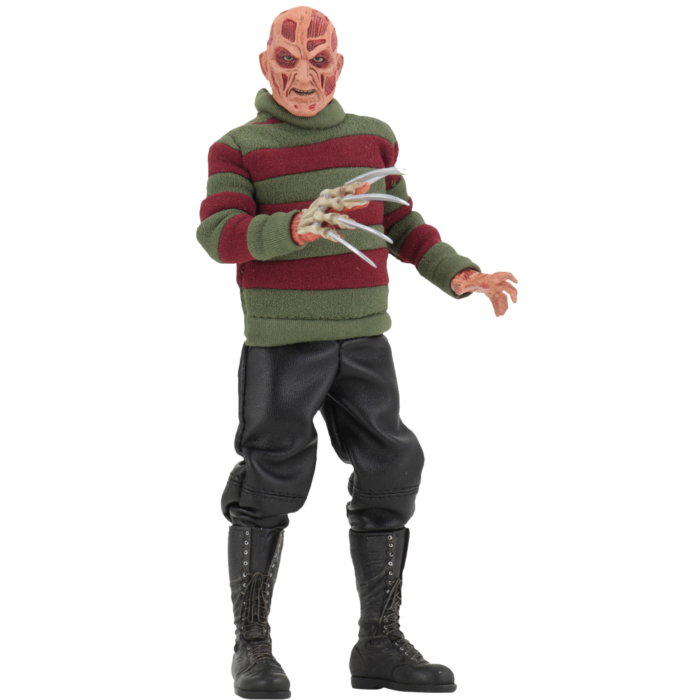 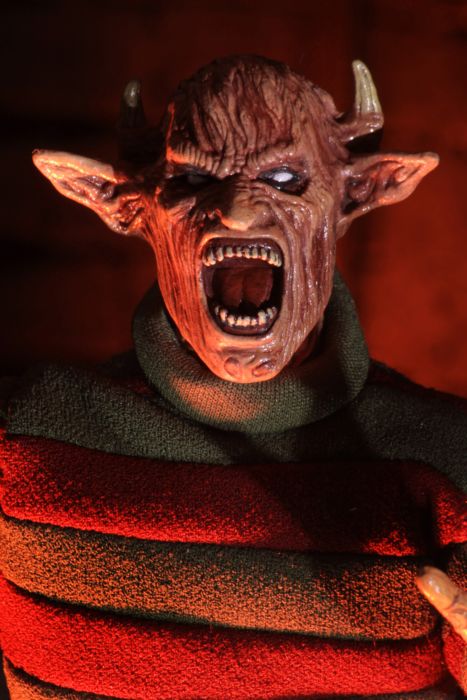 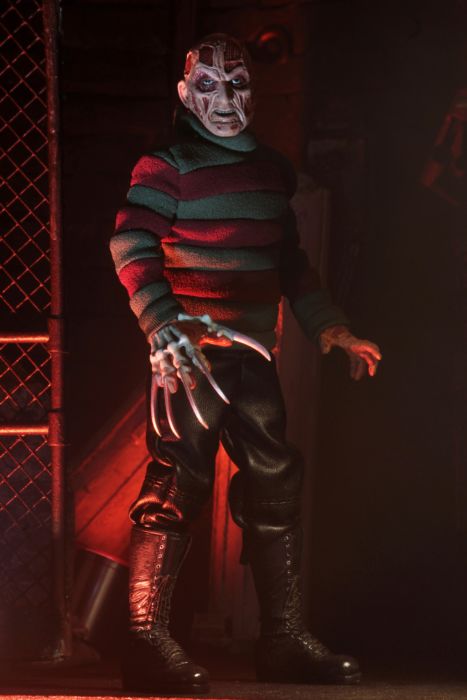 "Every kid knows who Freddy is. He's like Santa Claus... or King Kong or…”

This time, staying awake won’t save you.

Wes Craven’s New Nightmare, the seventh film in the Nightmare on Elm Street franchise, took the series in a new menacing direction… bringing Freddy Kruegar into reality. When a demonic force chose Freddy as a portal into the the real world, only Heather Langenkamp can trap the evil trying to enter the world by playing Nancy one last time.

This 8” clothed action figure is fully posable and features the Dream Demon as he appeared in Wes Craven’s New Nightmare, complete with two interchangeable heads (including the Demon head), plus a removable trench coat and a removable hat.

Make your fears real with the Freddy Krueger 8” Clothed Action Figure in your horror collection.