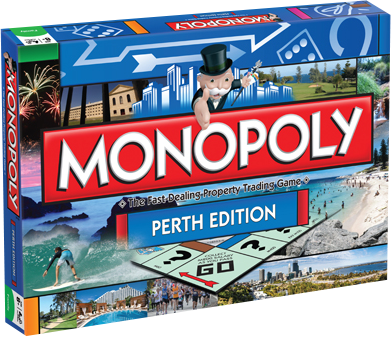 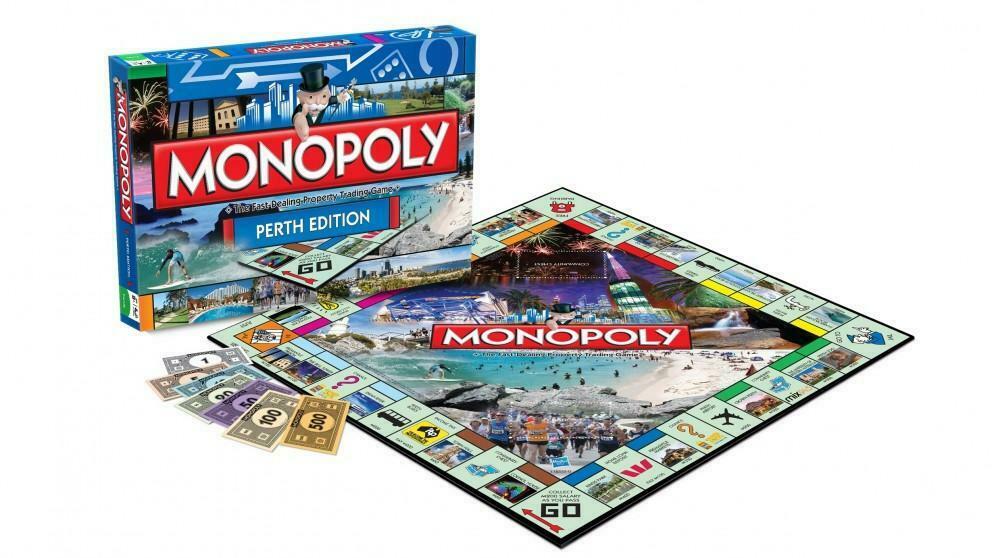 Perth is Western Australia’s largest and most cosmopolitan city. It is also one of the most remote cities in the world. Surrounded by West Australian plains and the Indian Ocean, Perth has carved out its niche as an oasis for work and play.

Cruise the Swan River to see the sunset over the Indian Ocean, and to catch a glimpse of whales and dolphins on your way to beautiful Rottnest Island. See the beaches stretch as far as you can see before you duck back to Kings Park for a picnic or perhaps to catch the game at Patersons Stadium. Why not hear the Bells ring at the Bell Tower or grab a bargain at Fremantle Markets. Tour West Australia’s only World Heritage listed building in the Fremantle Prison and have a day out with the kids at Adventure World!

So locate your favourite Perth hotspots and roll the dice to begin your property building empire in this new version of the classic Monopoly game.