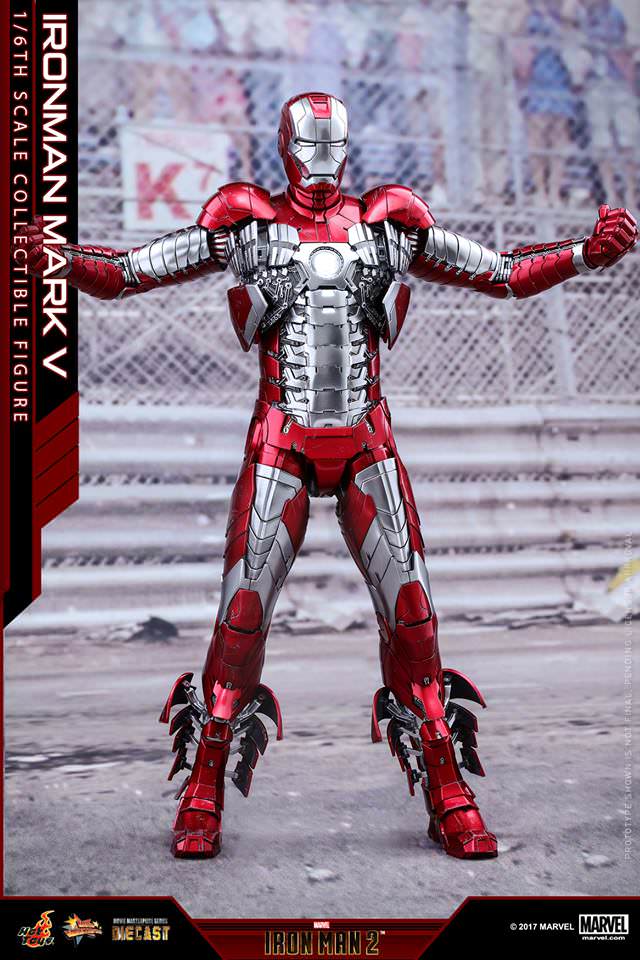 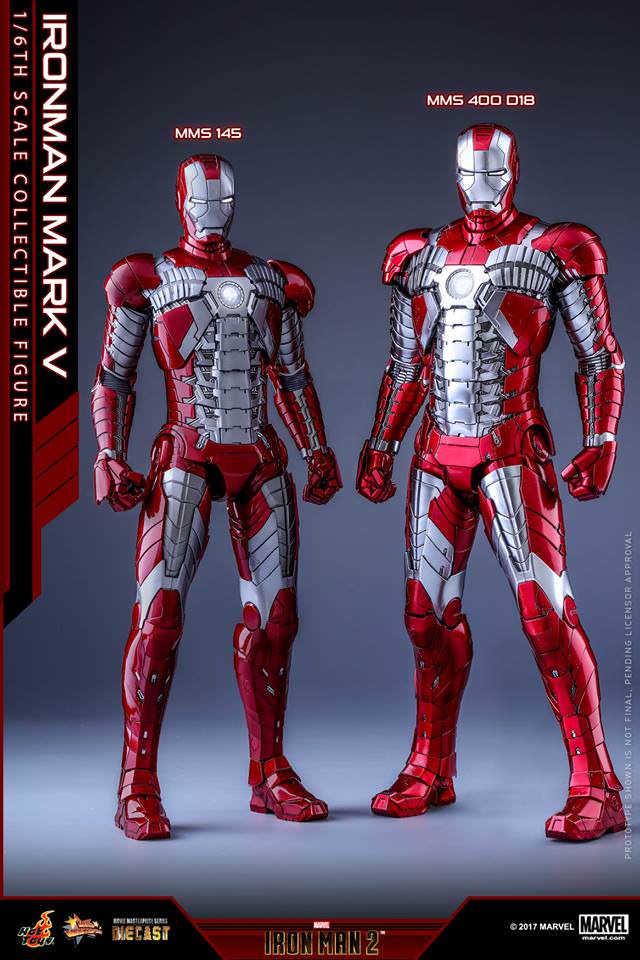 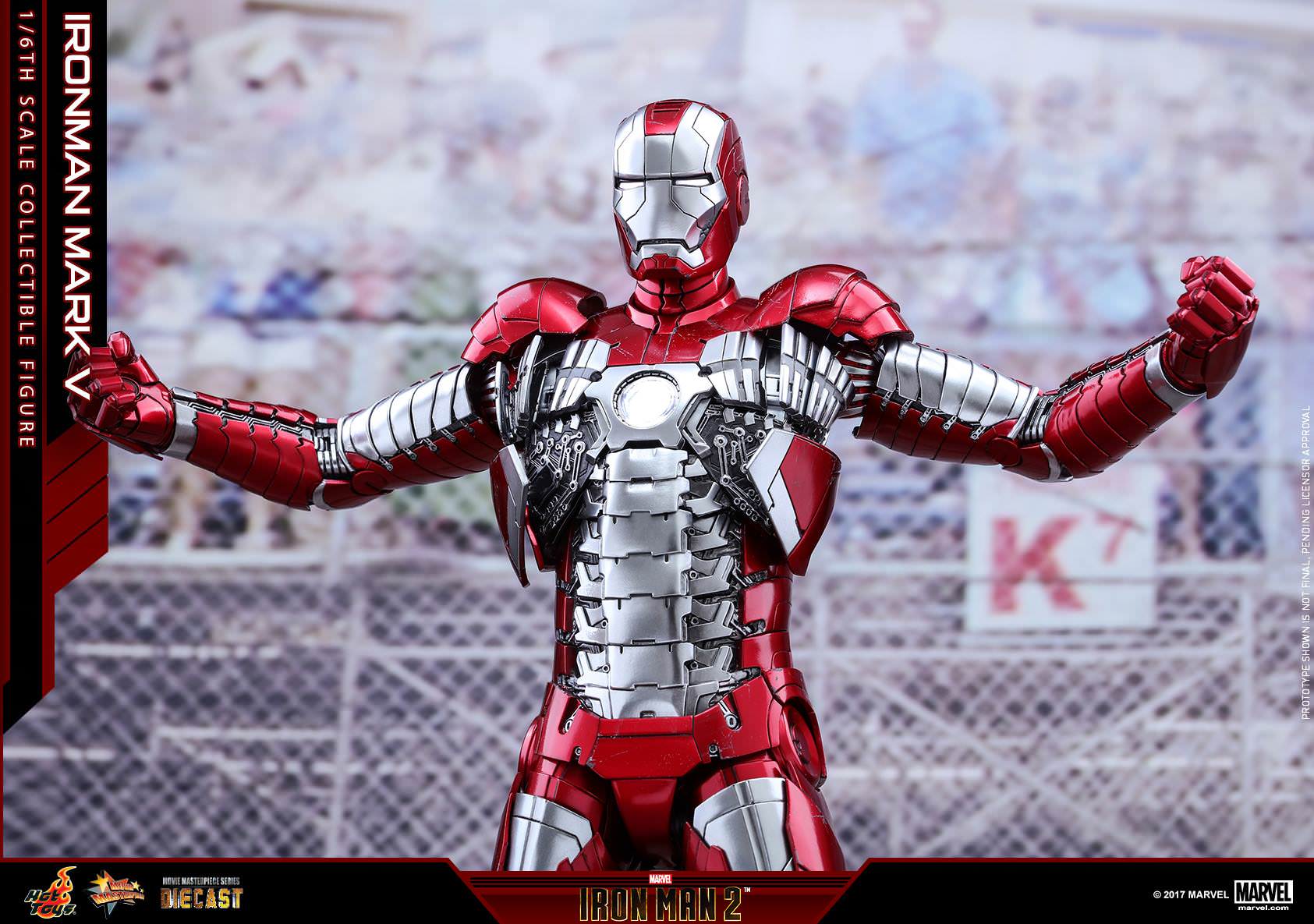 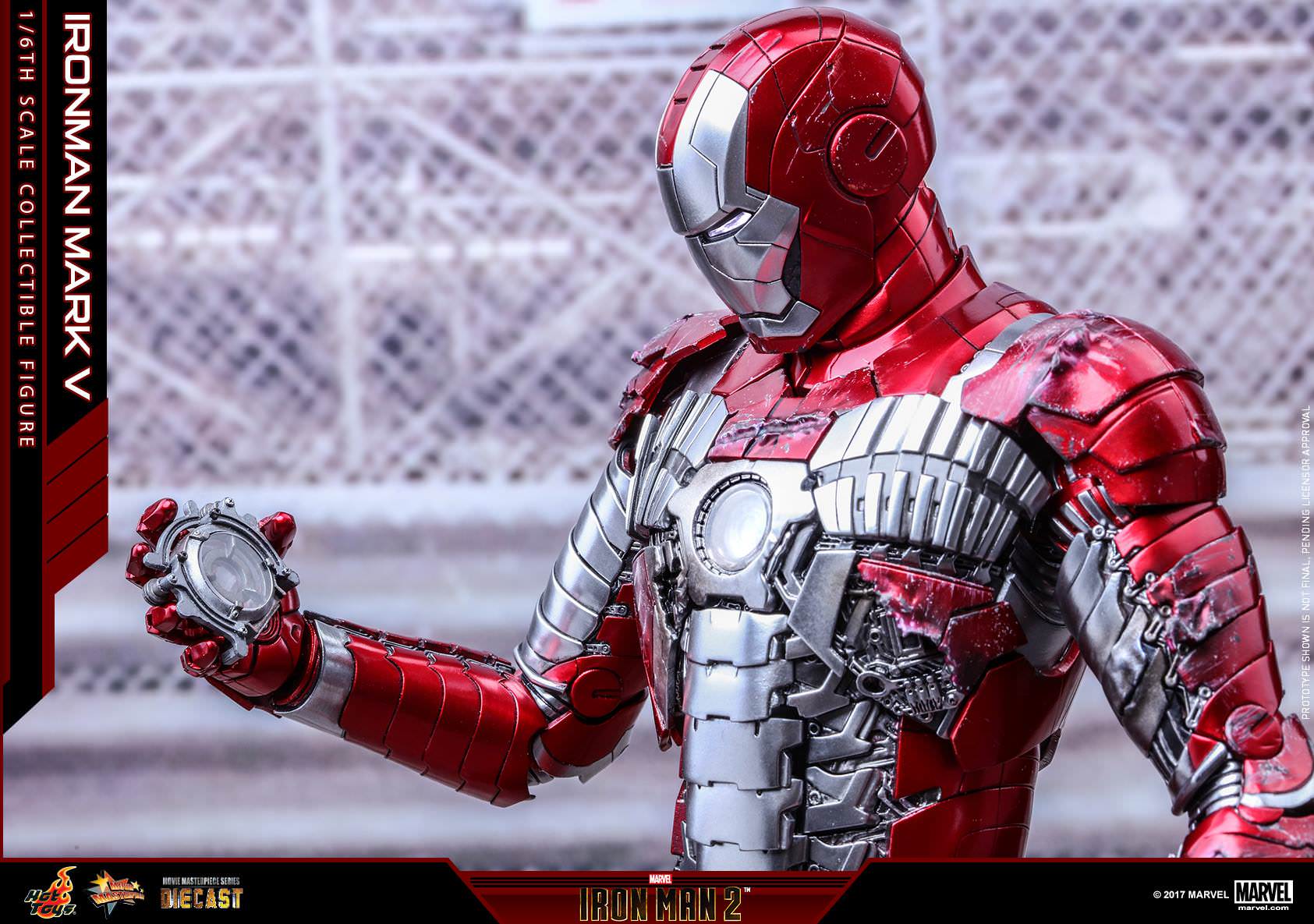 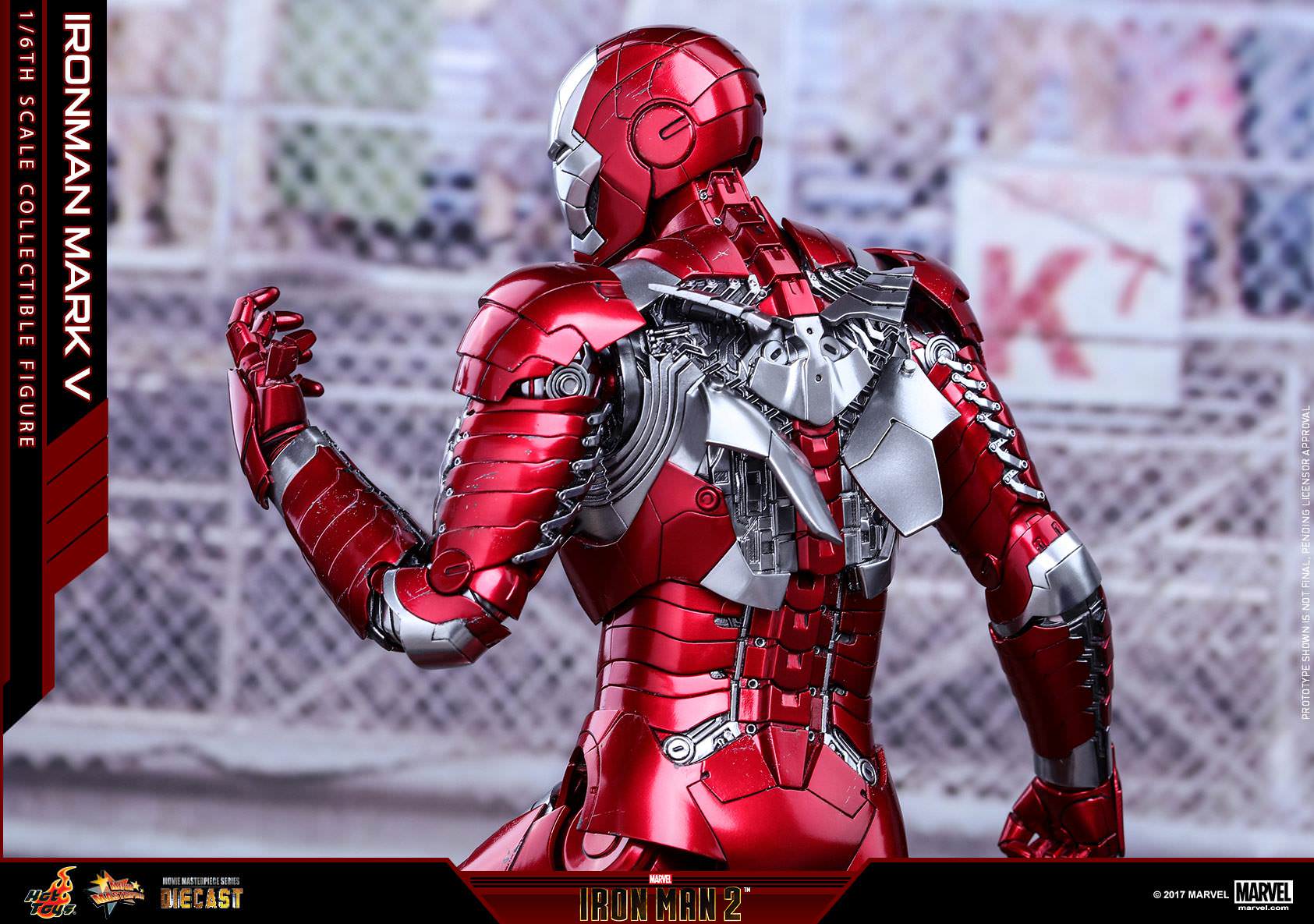 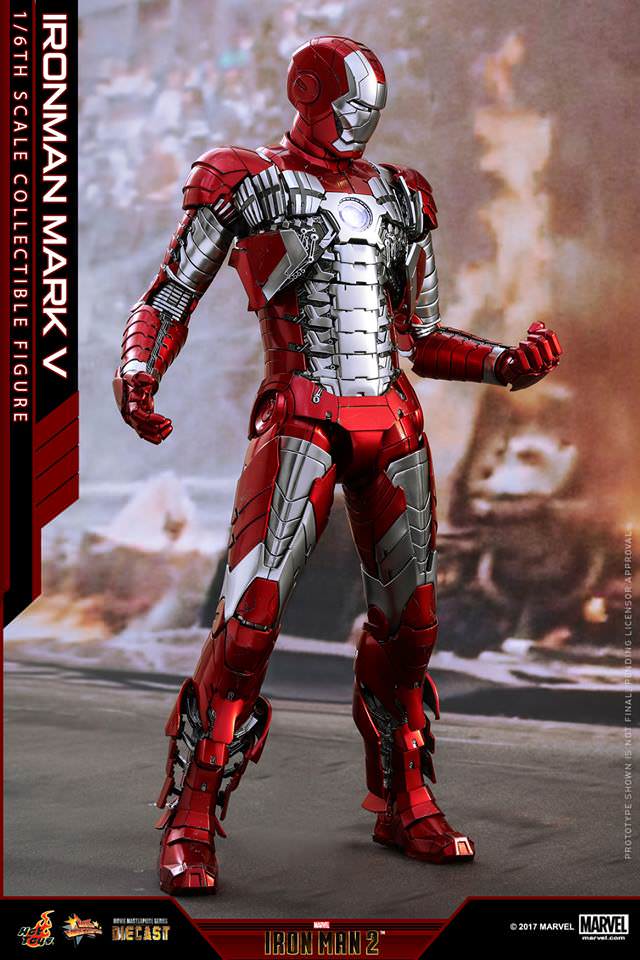 Pick up the Mark V diecast figure today. It’s the chance to show off your Hall of Armor collection!

- Movie-accurate proportion armor design with over 30 points of articulations

- Articulated flaps on chest, back, and calves to simulate the suiting up process

- Chest armor can be detached to reveal the interior mechanical design

- Eight (8) pieces of interchangeable hands including: