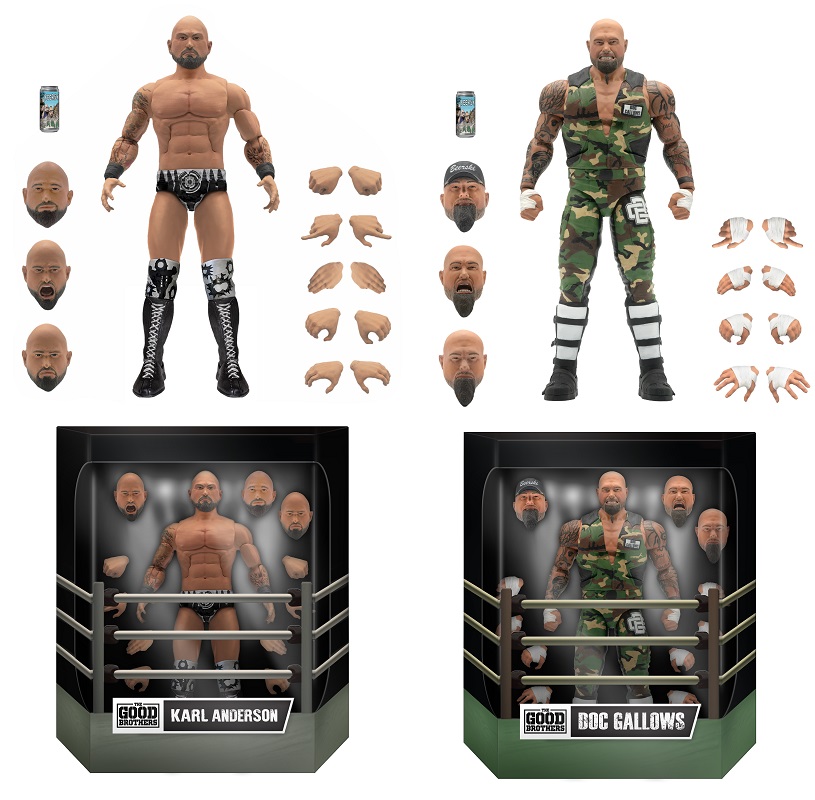 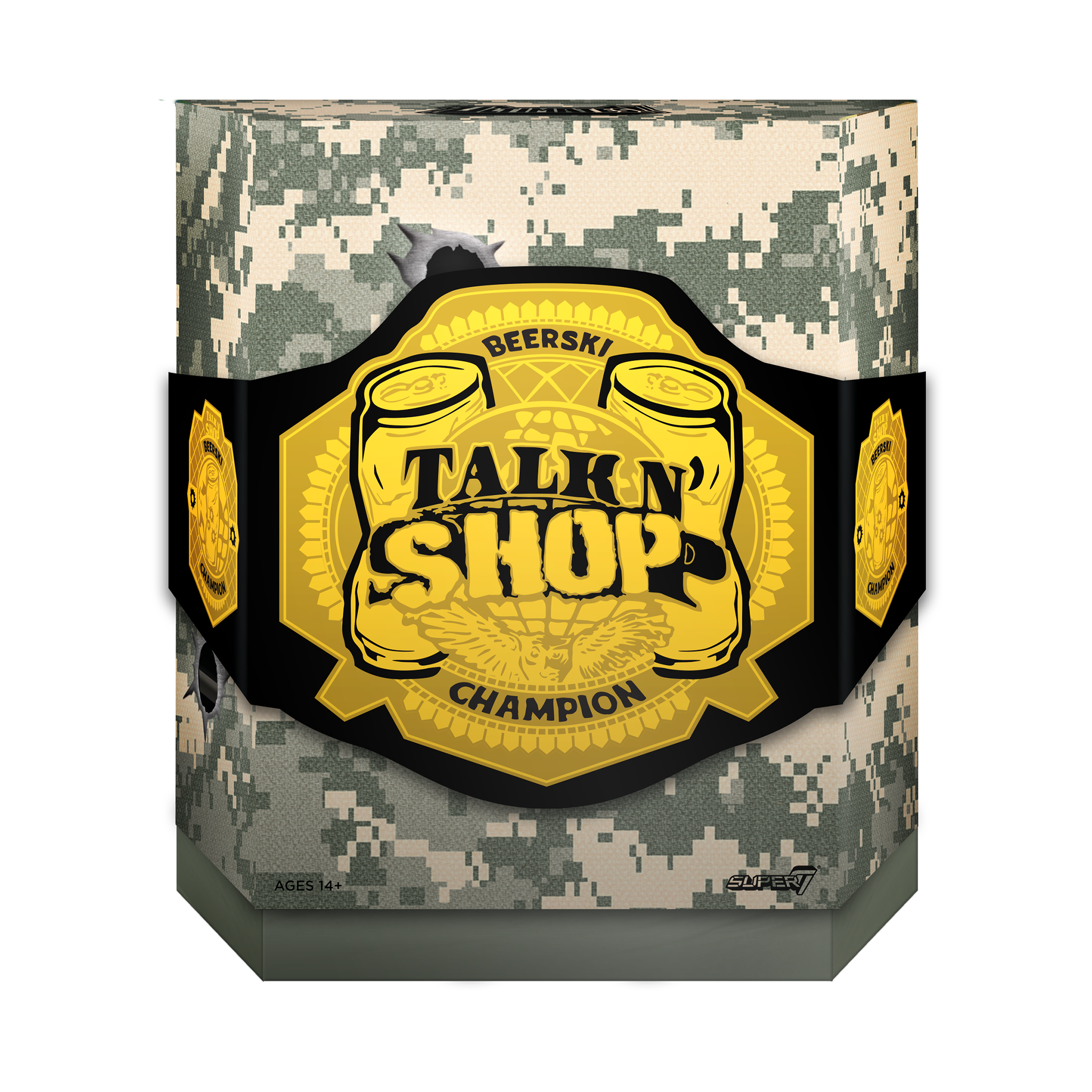 The Big LG is one tough brother, hoot! As one half of the Good Brothers, the IMPACT Wrestling Tag Team Champions, Doc Gallows is the type of guy to let his opponent know they were in a fight, especially after he hits them with the Big Boot. When the dust settles, it’s beerskis in hand and championships around waists… and that’s too sweet! Loaded with accessories, this 7" highly-articulated figure's comes with a handful of alternate heads and hands and a Talk’n Shop tall boy!

‘Machine Gun’ is as dangerous as he sounds. After forming one of the most successful wrestling stables ever and winning multiple tag team titles in Japan, Karl Anderson made his way back to the United States alongside his tag team partner, Doc Gallows. Since then, they’ve added more gold to their collection including the IMPACT Wrestling Tag Team Championship. Beerskis for the champskis! Loaded with accessories, this 7" highly-articulated made-to-order figure comes with a handful of alternate heads and hands and a Talk’n Shop tall boy!