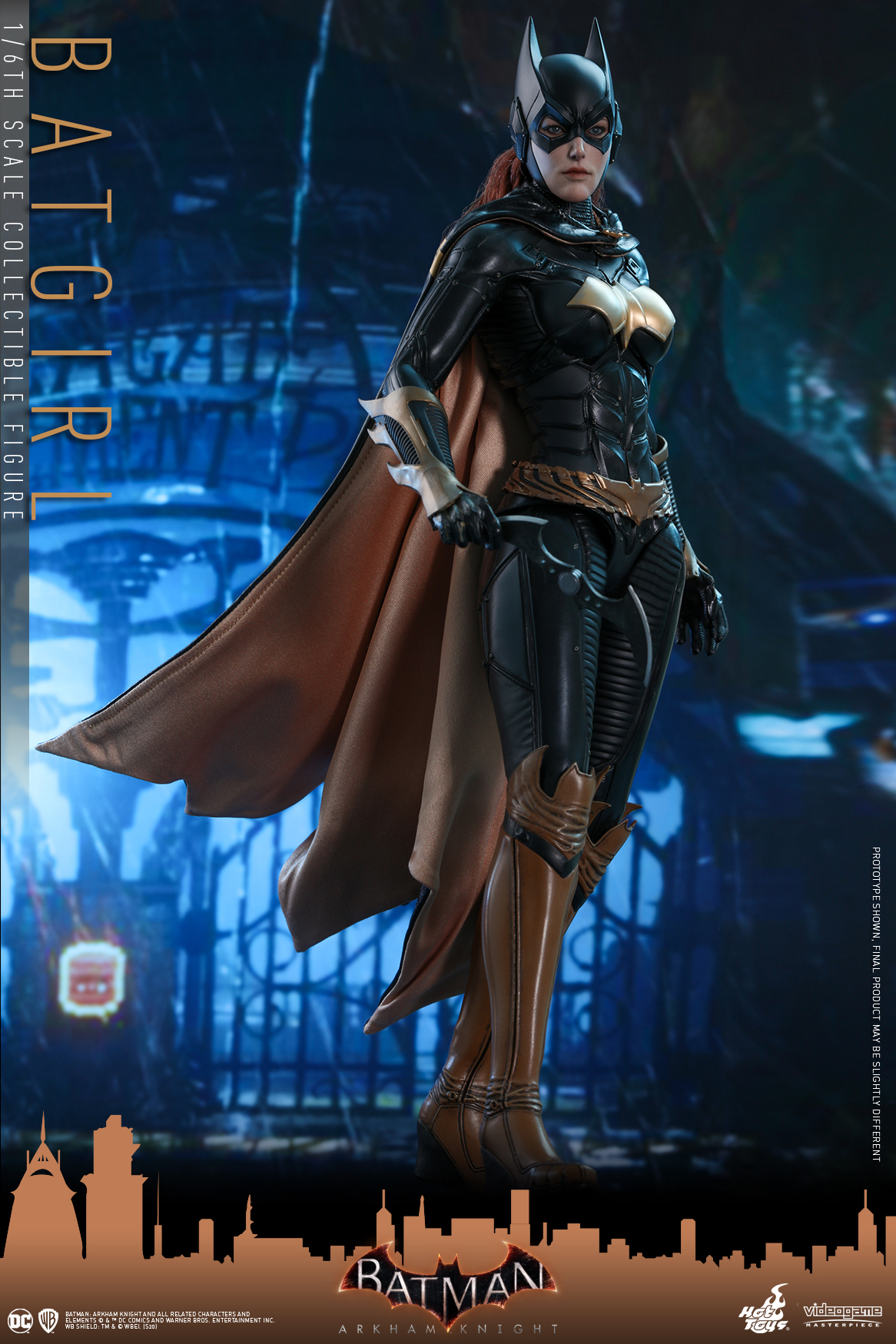 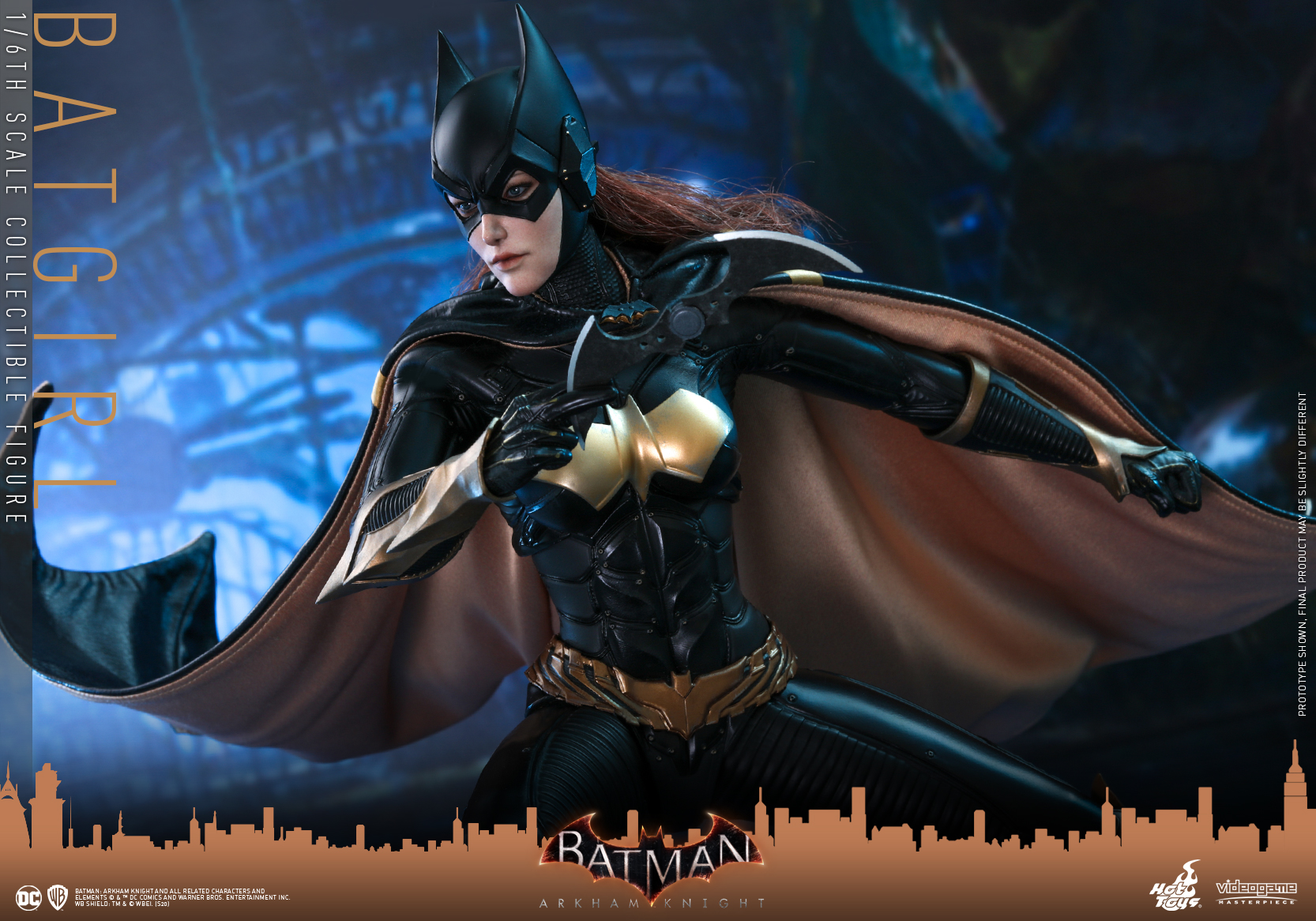 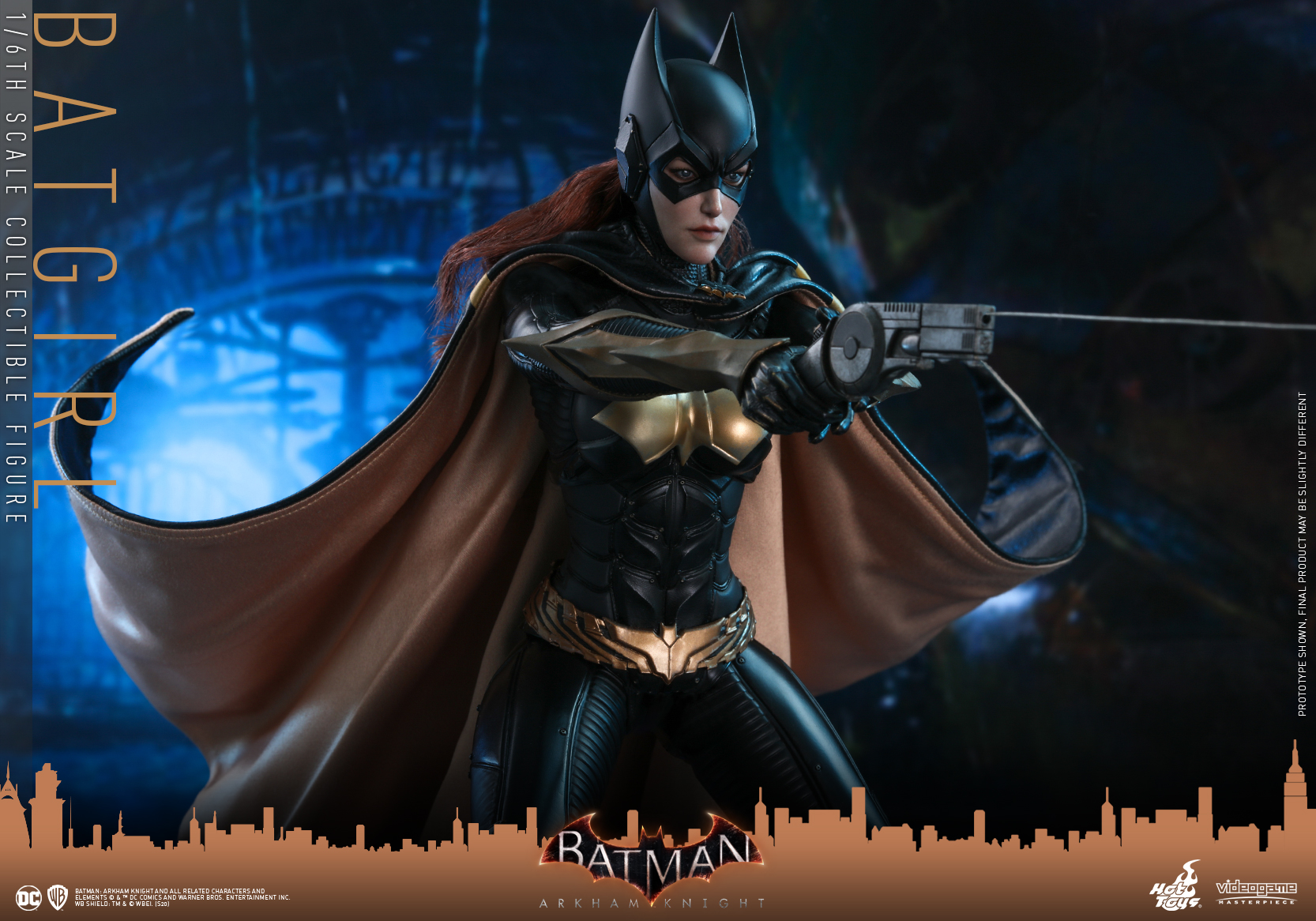 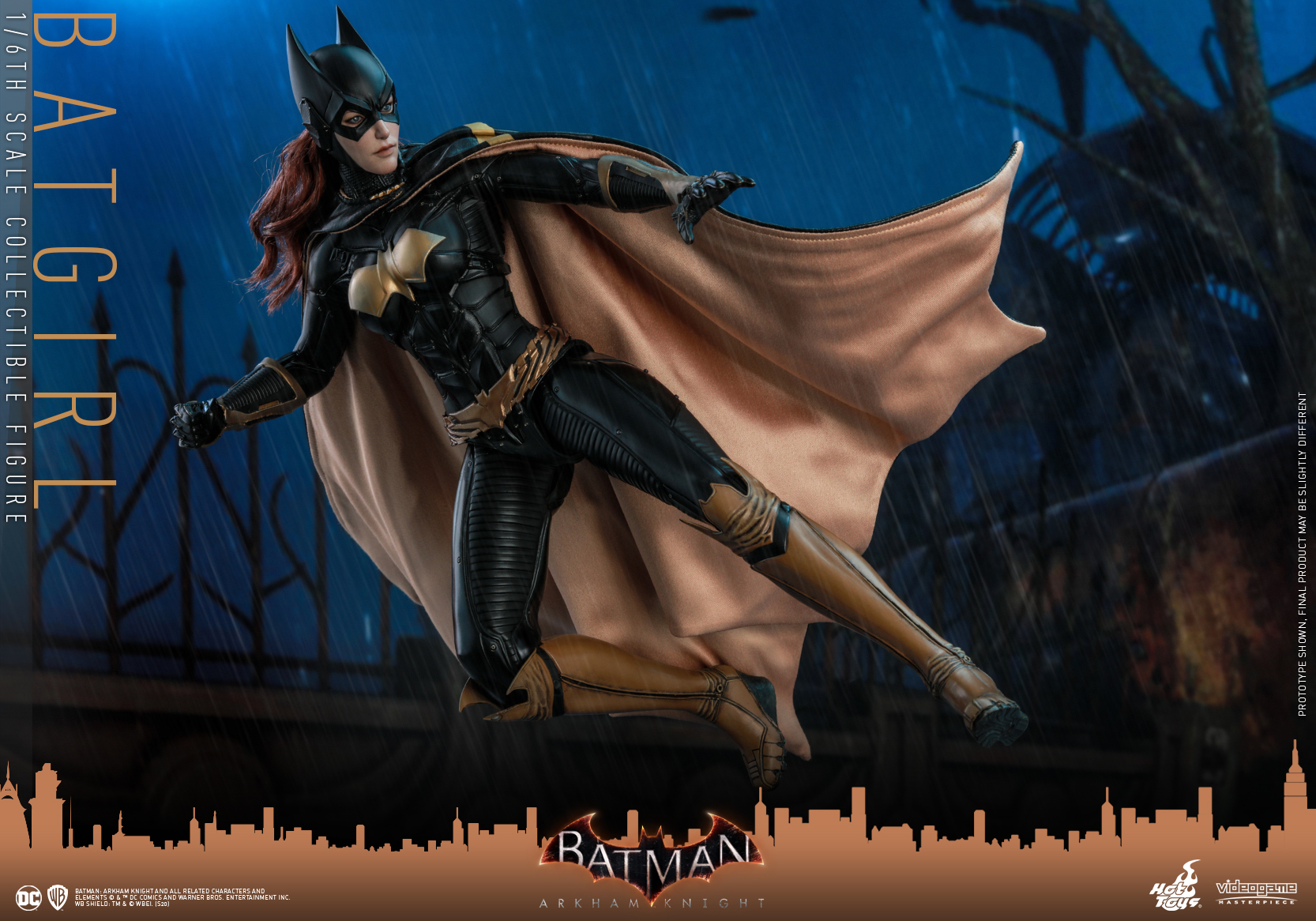 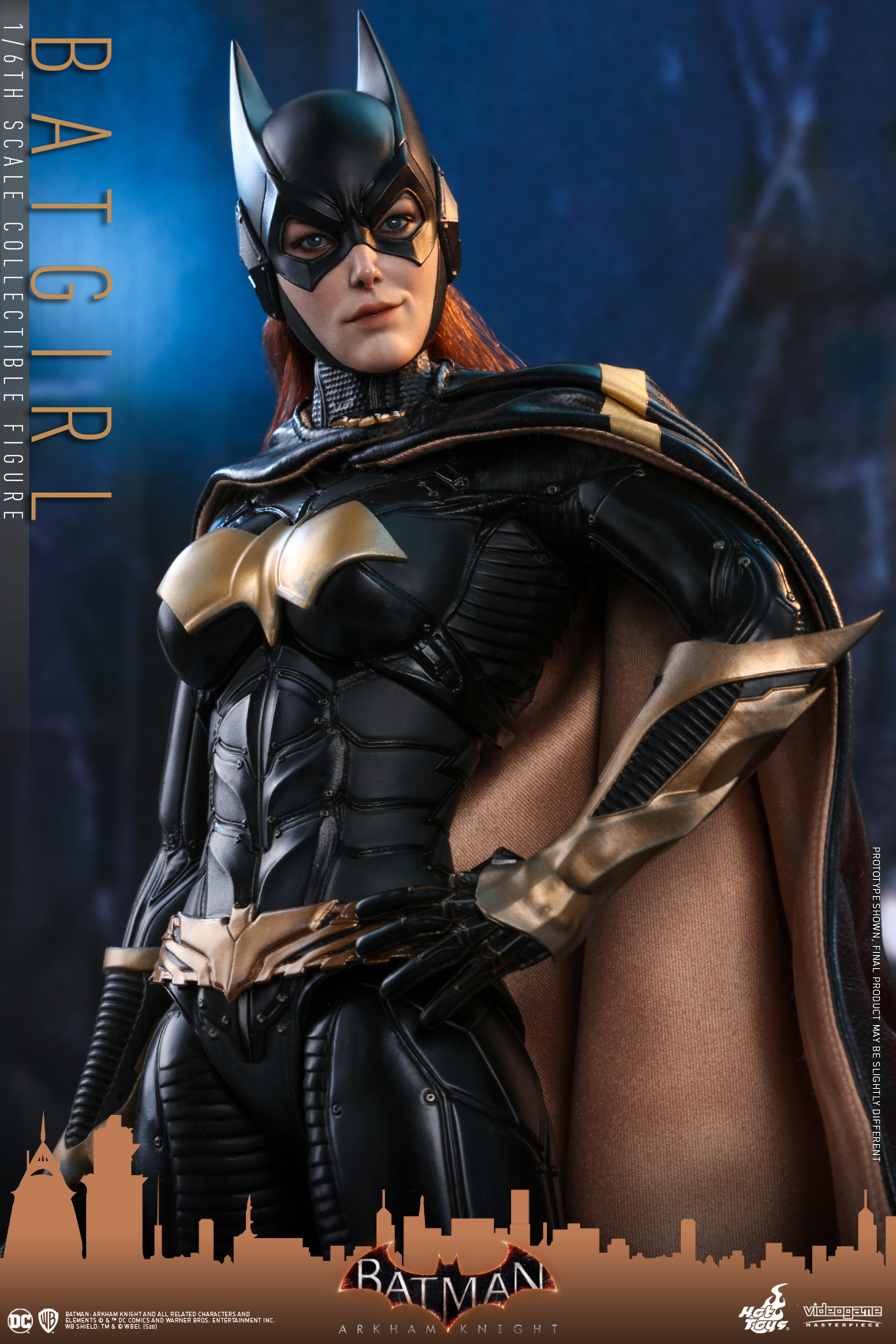 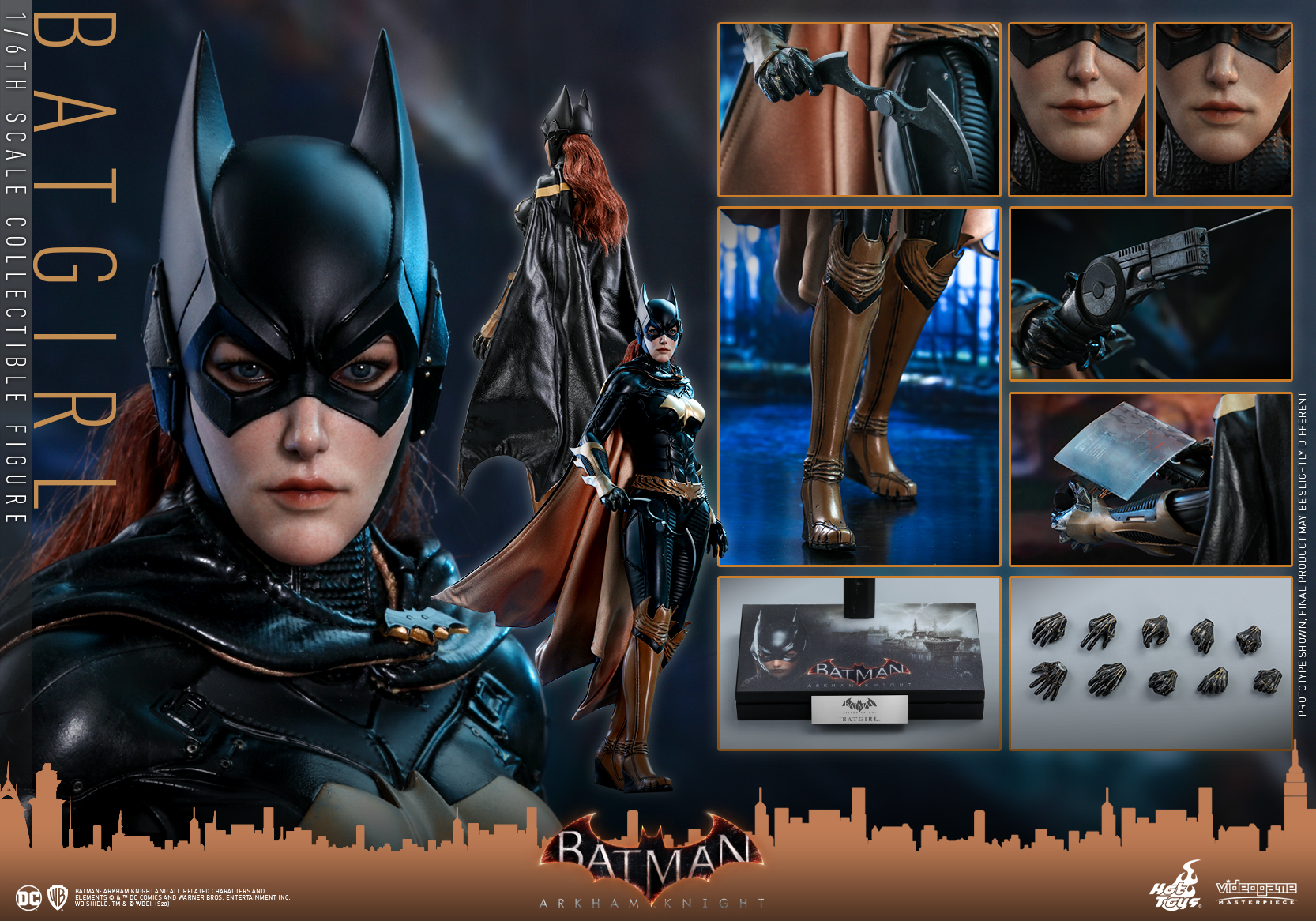 *DISCOUNT PRICE UNTIL RELEASE OF FIGURE*

Beautifully crafted based on BatgirlÃ¢â‚¬â„¢s appearance in the video game, the 1/6th scale Batgirl features a newly developed masked head sculpt with long light brown real fabric hair, a newly developed body tailored for Batgirl, a sophisticated tailored Batsuit with gold color Bat logo on the chest as well as light copper colored armor on arms, a light copper color belt, an array of Bat gadgets including grapnel gun with Batclaw, Batarangs and a Remote Hacking Device. Last but not least, the figure also comes with a specially designed figure stand with game logo and backdrop.

ItÃ¢â‚¬â„¢s such a joyous opportunity to own the 1/6th scale Batgirl from Batman: Arkham Knight! Dress your shelf with this brilliant piece and place it along with the Arkham game series now!

- Body with over 28 points of articulations

- Ten (10) pieces of interchangeable hands including:

- One (1) pair of Batarang holding hands

- One (1) grapnel gun with attachable Batclaw