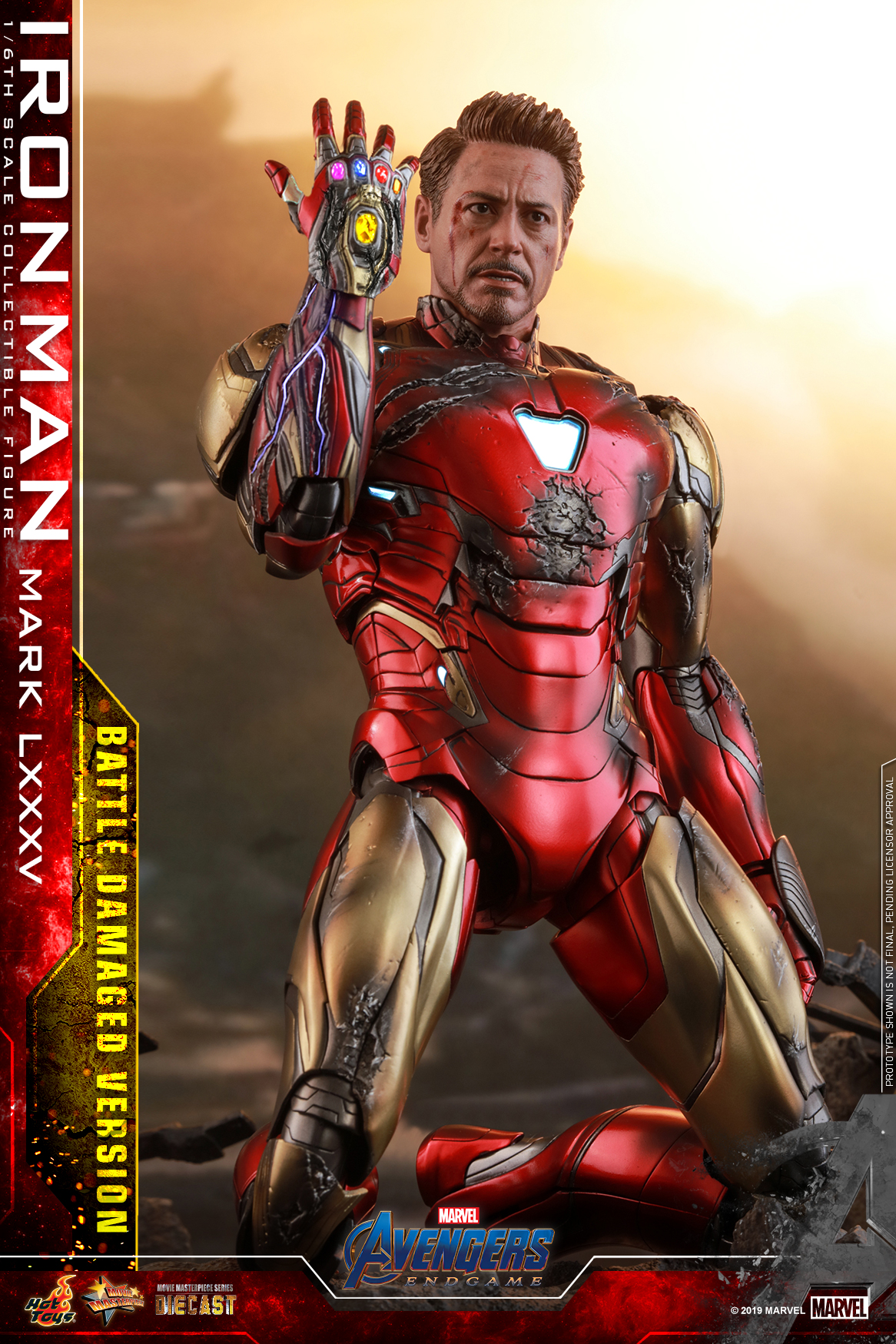 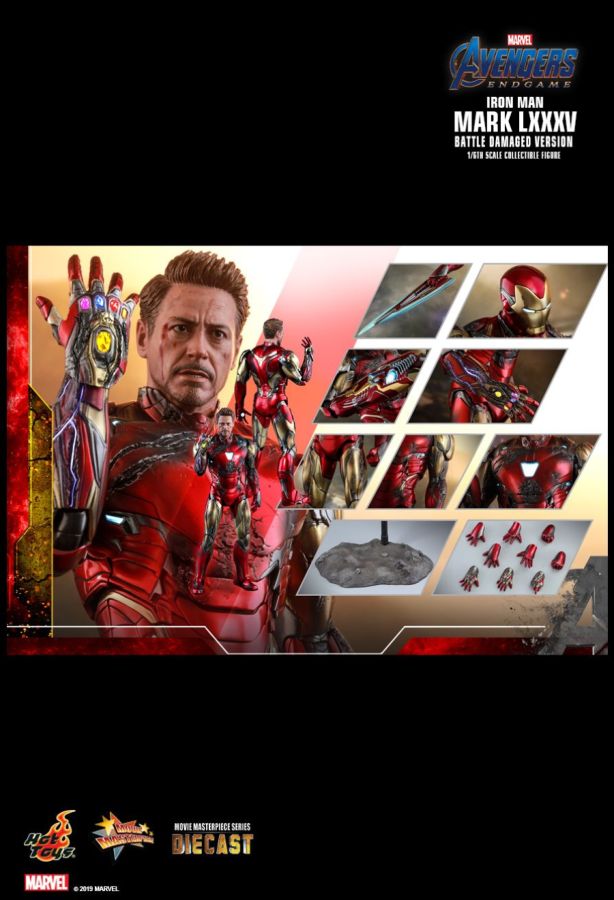 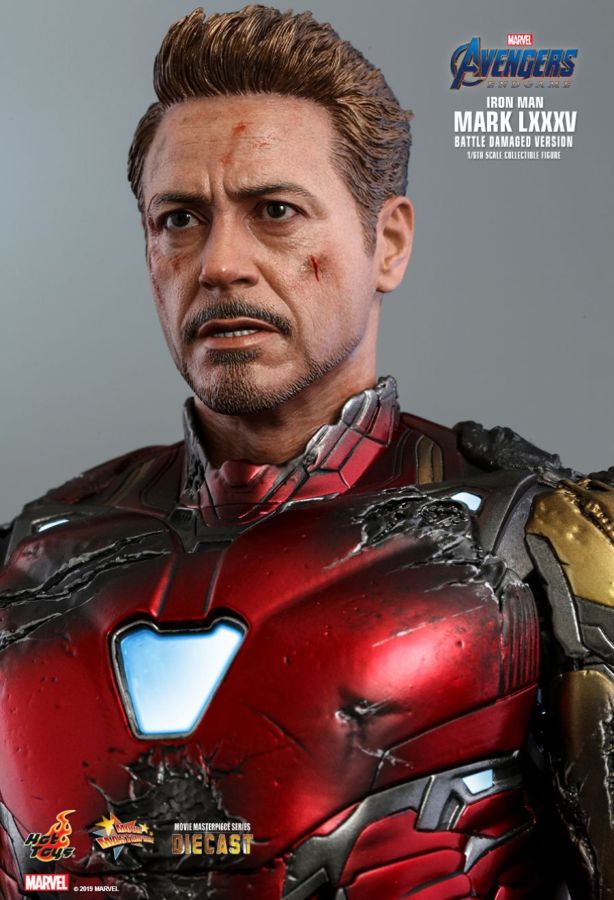 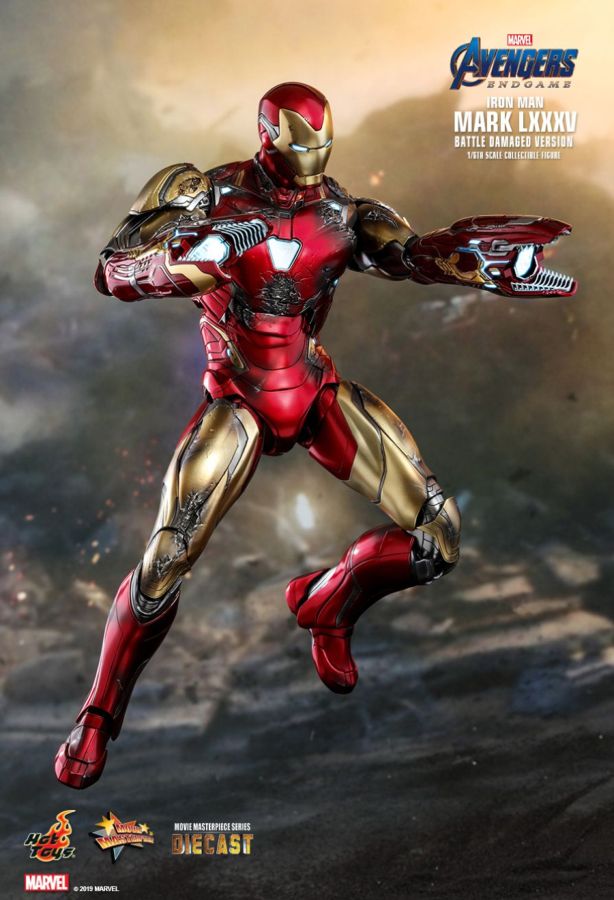 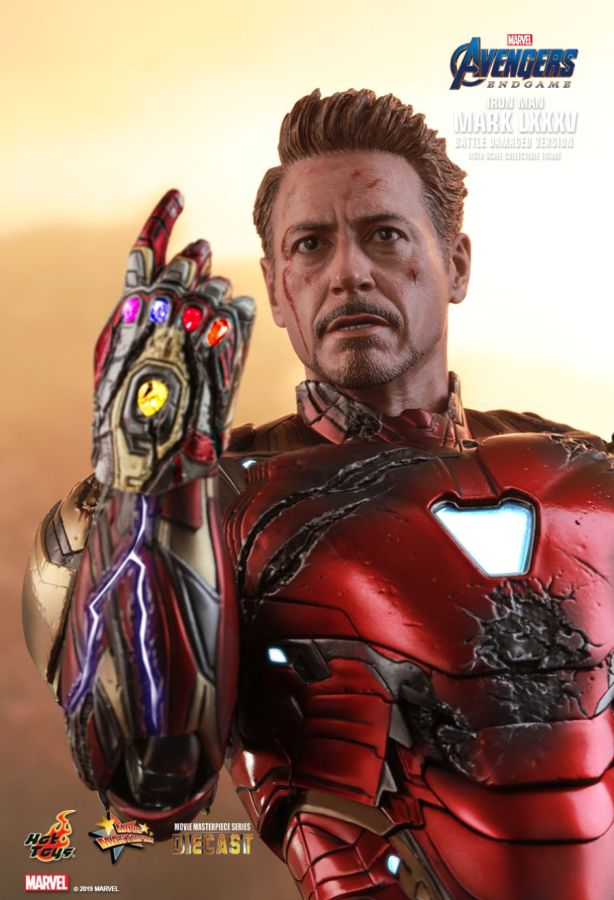 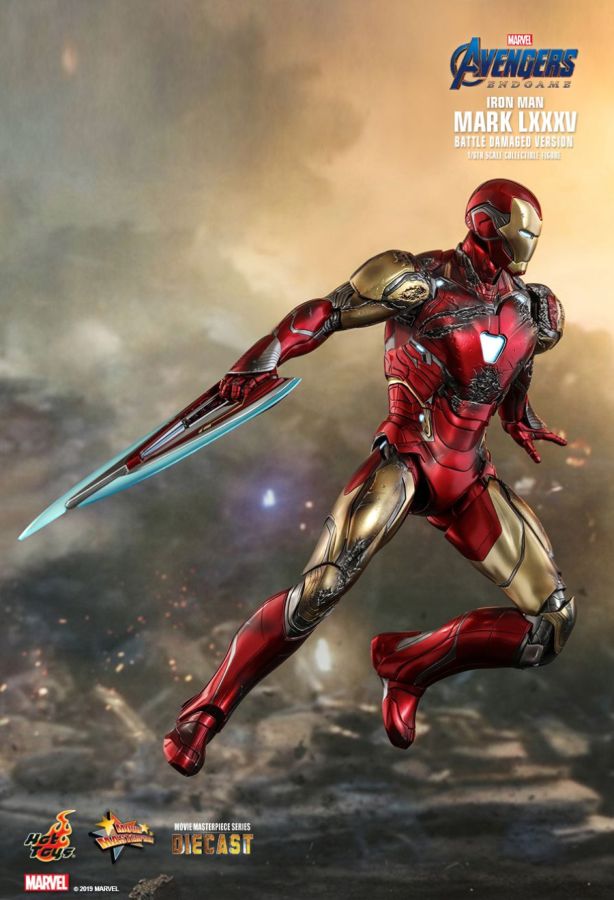 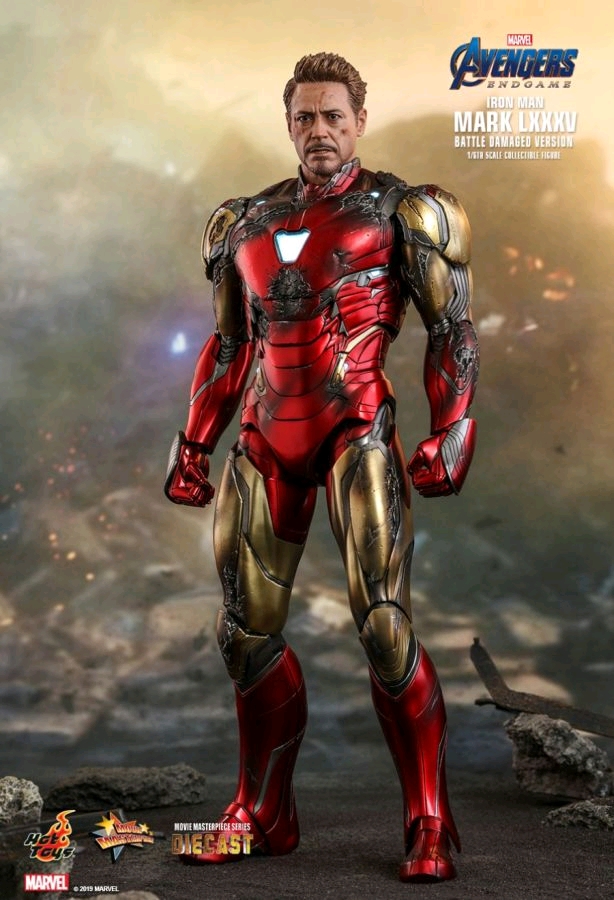 *DISCOUNTED PRICE UNTIL FIGURE IS RELEASED*

Avengers: Endgame was always going to mark the final Marvel Cinematic Universe appearance for some of the original Avengers. Since the very first Iron Man movie back in 2008, fans have been captivated by the incredible story of the genius billionaire Tony Stark and itÃ¢â‚¬â„¢s sad to see the beloved character leaving the silver screen!

Meticulously crafted based on Tony Stark/Iron Man in the movie, the one-of-a-kind collectible figure features two interchangeable head sculpts including a newly developed head sculpt with battle damages and an interchangeable helmeted head with LED-light up function, Iron Man armor has been faithfully reproduced with red, gold and charcoal grey coloring with battle damage and weathering effects, LED light-up functions scattered throughout the upper body, back and Arc Reactor on chest, a battle damaged 1/6th scale Nano Gauntlet as seen in the movie equipped with LED light up function and matching interchangeable hands mounted with all six Infinity Stones, an energy blade, a pair of claw blasters and a highly elaborated rock diorama dynamic figure stand.

A Special Edition available in selected markets will include a Holo Shield as bonus item exclusively for collectors.

This special collectible figure will serve as a great expansion for your Iron Man collection!

- Authentic and detailed likeness of Iron Man in Avengers: Endgame

- One (1) newly developed battle damaged head sculpt with authentic likeness of Robert Downey Jr. as Tony Stark in the movie

- Three (3) pairs of interchangeable hands including: