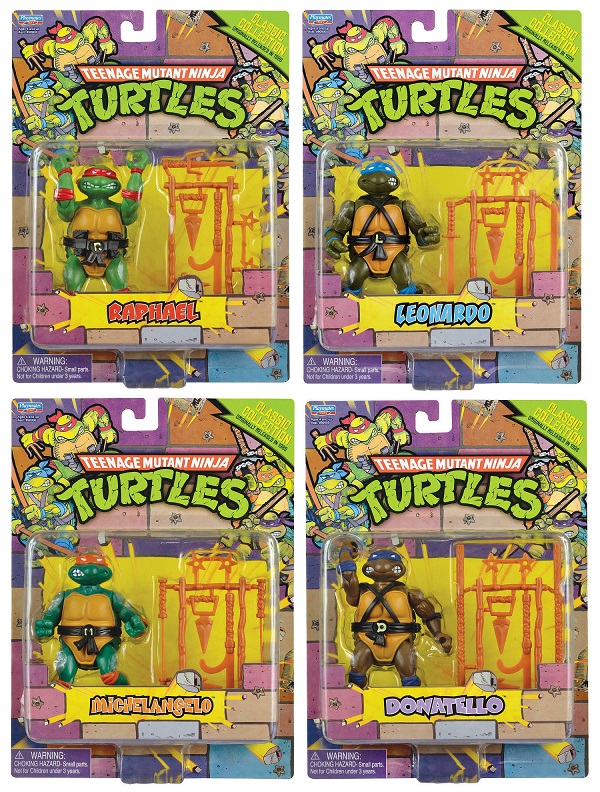 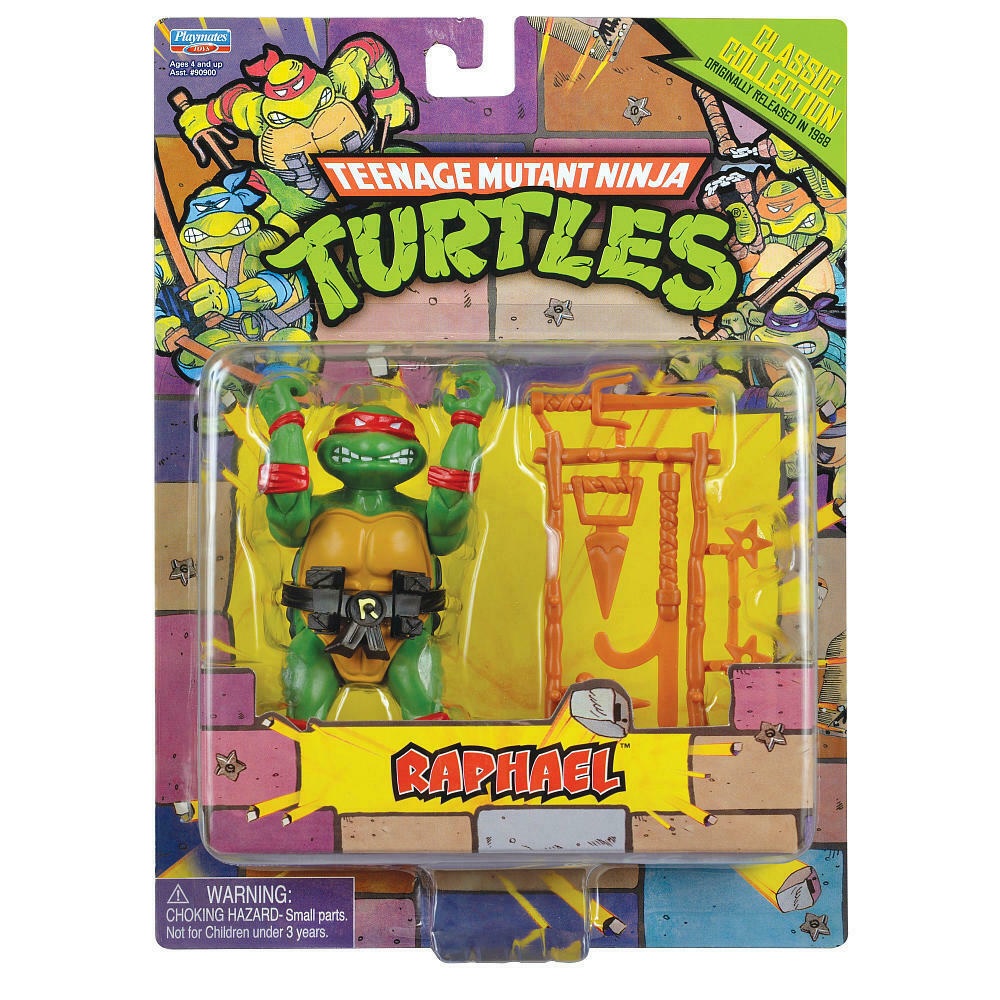 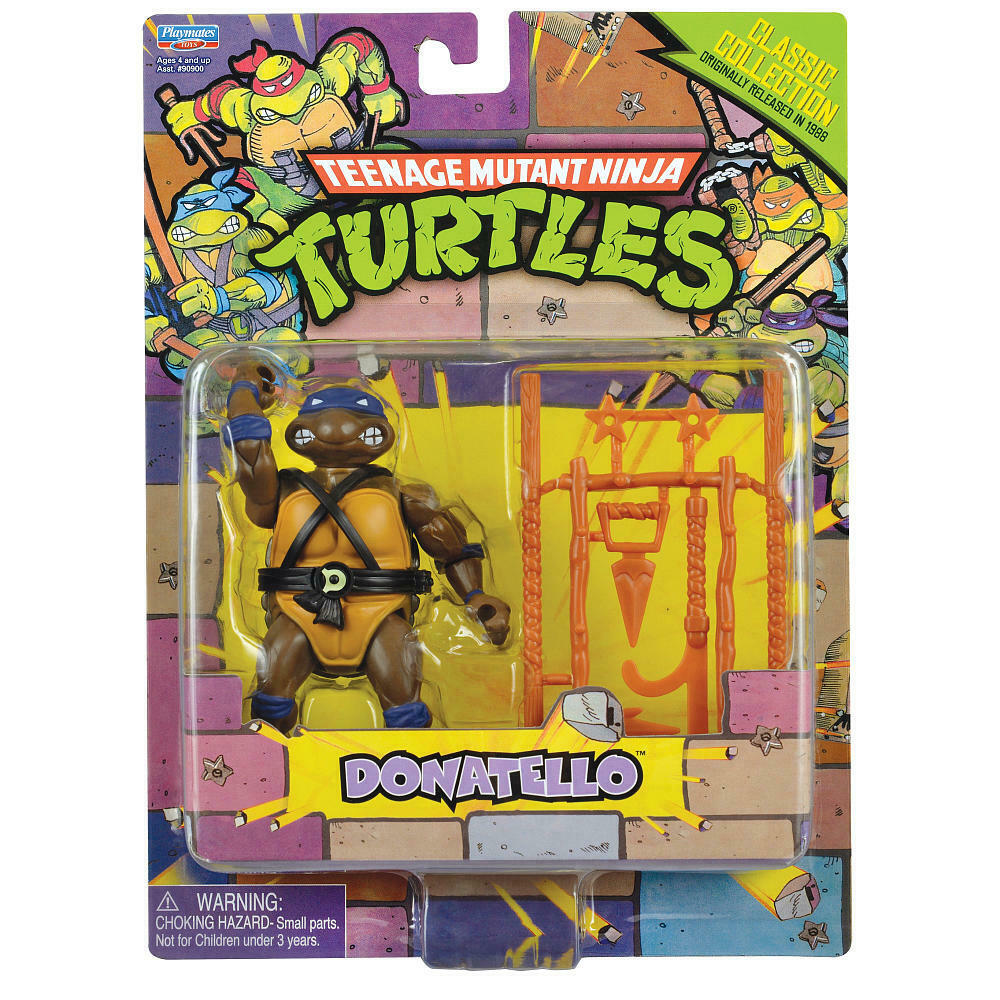 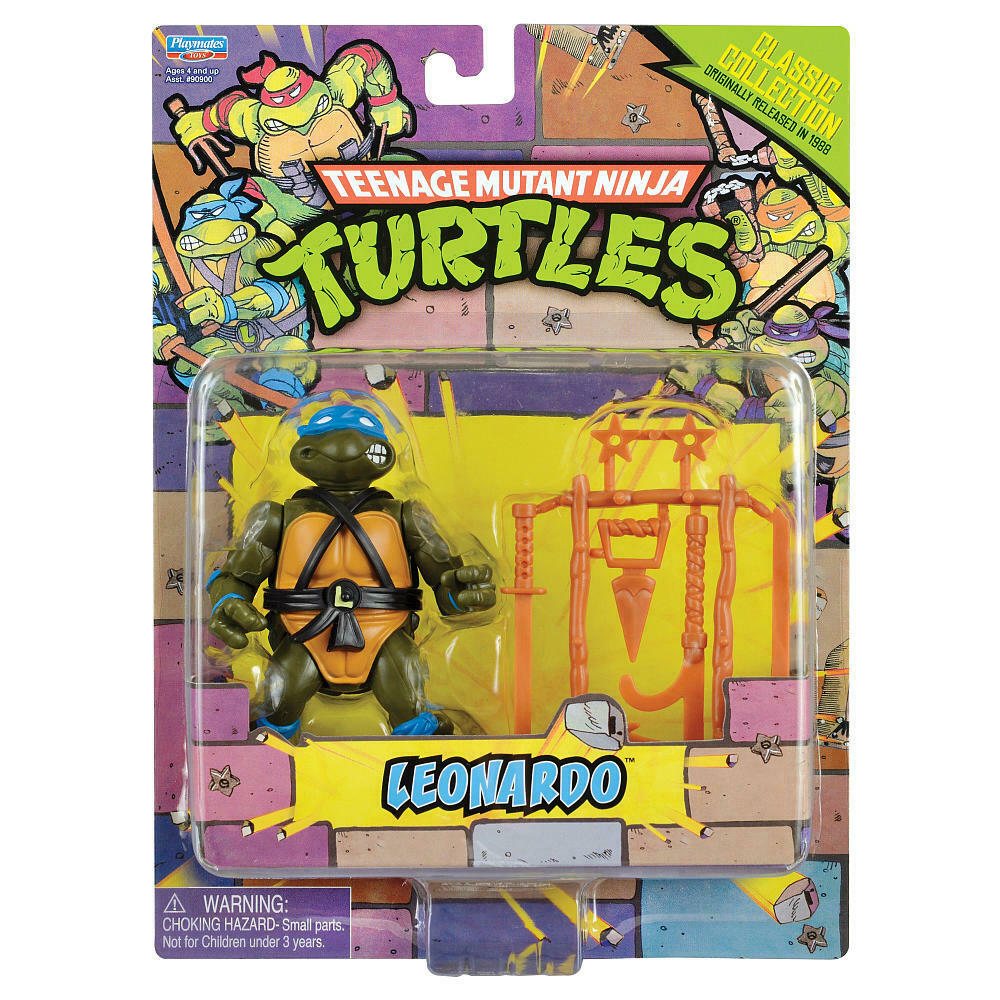 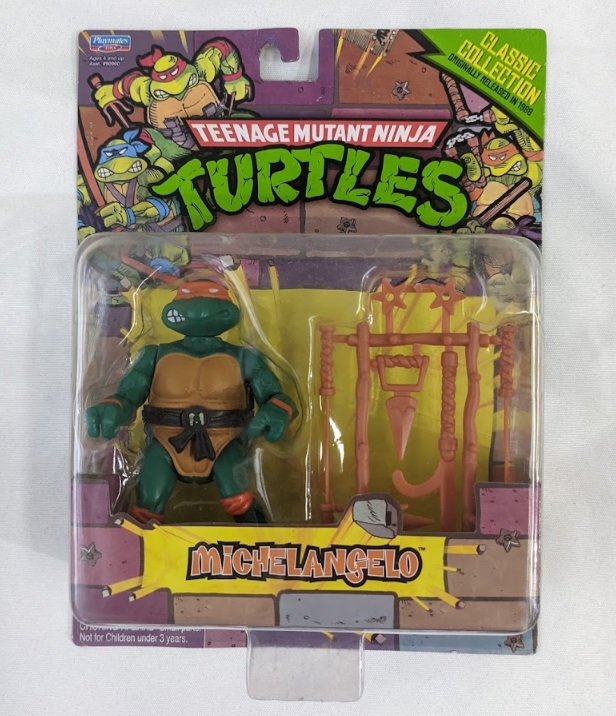 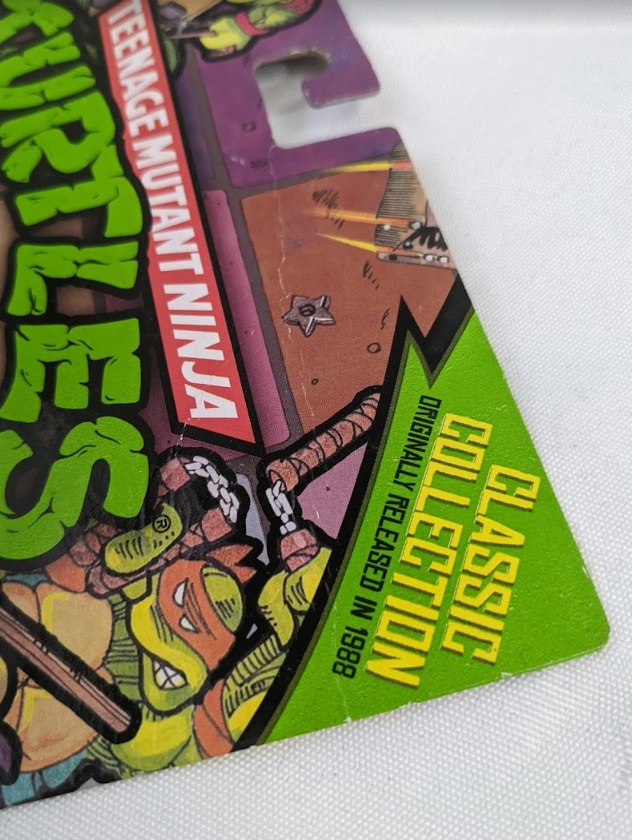 * Michelangelo's packaging has a crease on the card - See photo

This set of 4 Ninja Turtles is based on the original 1988 action figures. Released in 2013 by Playmates.

Catapulted from indie comic origins to super stardom by the original Murakami-Wolf-Swenson (MWS) animated series, Teenage Mutant Ninja Turtles ran on the air for nearly a decade (1987-1996) and ranked #1 in ratings for an unprecedented 5 straight years!